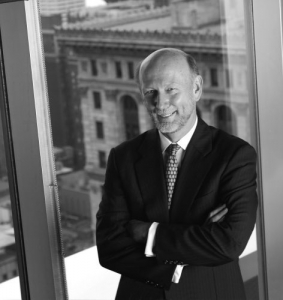 What was Andrew Carnegie up to when he created the Hero Fund in 1904? You might think the answer is obvious, but it’s worth reconsidering from time to time.

To begin, the Deed of Trust that created the Hero Fund Carnegie stated this goal:

“FIRST. To place those following peaceful vocations, who have been injured in heroic effort to save human life, in somewhat better positions pecuniarily than before, until again able to work.”

That is plain enough, although you might be surprised that Carnegie put material support of heroes ahead of honorable recognition of the heroic act.

His concern for material support is reflected in his philanthropic outlook. Like many wealthy men, he maintained a private pension list, providing pensions to artists or other public servants who might have done well by their fellow man without creating retirement savings for themselves. In the most notable case, the Carnegie Corporation of New York announced in 1912, the year after its founding, that it would pay pensions to future ex-presidents of the United States and their unmarried widows, at least until Congress created an official pension for them. Closer to the Hero Fund, Carnegie provided for the families of two volunteers killed in rescue attempts at the Harwick, Pa., mine disaster. He created the Hero Fund that year.

The Deed of Trust also demonstrates a second Carnegie goal, public recognition of the heroes and their deeds. In the document, he created the Carnegie Medal and directed that each one recite the heroic deed of its recipient. Again, this was consistent with earlier philanthropic action. In 1886 Carnegie contributed to a monument for a 17-year old Scottish boy who drowned in a rescue attempt. He also publicly acclaimed the heroic acts of the Harwick Mine rescuers. Thus the Carnegie Medal publicly recognizes heroic acts and thanks the heroes and their families for the risks and sacrifices they undertook.

Finally, Andrew Carnegie’s creation of the Hero Fund and the Carnegie Medal spoke to the world about the eternal importance of altruism and self-sacrifice to the operation of a productive society. As he said in the Deed of Trust,

“We live in a heroic age. Not seldom are we thrilled by deeds of heroism where men or women are injured or lose their lives in attempting to preserve or rescue their fellows; such the heroes of civilization. The heroes of barbarism maimed or killed theirs.”

These bold words seem directed to the wider world. Again, this concept had roots in Carnegie’s philanthropy. The monument he helped erect in 1886 to the young Scottish rescuer bore these words from Carnegie himself:

“The true heroes of civilization are those alone who save or greatly serve [their fellows.]”

The line of Carnegie’s thinking that lead to the Hero Fund was in development for at least 18 years. Also, if we look at the other organizations the he created, we see that the Hero Fund is part of his effort to improve society across a broad front. Some of his work was in conceptual areas, such as the Carnegie Endowment for World Peace, the Carnegie Council for Ethics in International Affairs, and the Peace Palace at the Hague. The Hero Funds fit in this cluster of values-oriented activities. He also initiated major efforts in education and science to build infrastructure supporting a great and good society Finally, he created what might be considered “guardian” organizations, the Carnegie Corporation of New York and the Carnegie Trust for the United Kingdom and Scotland with wide-ranging powers to identify and address societal issues.

It is daunting to see the Hero Fund included in this phalanx of great and long-established intuitions, but included we are! But how are we doing, addressing Andrew Carnegie’s three goals?

We seem to be better than ever at finding and recognizing heroic acts. We still use our traditional tools, such as newspaper clipping services, but have added online searches. We do worry that the decline in local news reporting will cause problems, but we are working on solutions. We also seem to be doing well at helping with the material needs of rescuers injured or killed in their efforts. Carnegie could not have anticipated how our society has developed a “social safety net,” but we have adapted by focusing our resources to fill gaps and unforeseen needs.

Finally, we are working harder to spread the word that altruism is vigorously alive in the acts of our civilian heroes. As we have written before, we see altruism as part of the “glue” that holds a society together and helps make it great. We are putting new energy into traditional tools and combining these with new social media tools. Today, almost all our Carnegie Medals are presented in person, often by a public official. These presentations create separate news events, retelling the heroic acts, which then ripple across both traditional media and social media. Happily, no matter how “new” the media gets, it still responds to the wonderful stories of our Carnegie Heroes that so touch our hearts. They always have, and they always will.