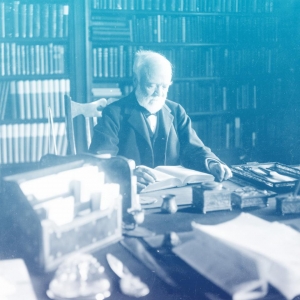 The two-fold mission of the Carnegie Hero Fund Commission: To recognize and support those who perform acts of heroism in civilian life in the United States and Canada.

“We live in a heroic age,” Andrew Carnegie wrote in the opening lines of the Commission’s founding Deed of Trust in 1904. “Not seldom are we thrilled by deeds of heroism where men or women are injured or lose their lives in attempting to preserve or rescue their fellows.”

Carnegie’s “hero fund,” administered by a 21-member commission in Pittsburgh, was charged with honoring whom he called the “heroes of civilization,” whose lifesaving actions put them in stark contrast to the “heroes of barbarism, (who) maimed or killed” their fellow man. That the mission of the Hero Fund as set forth by Carnegie is unchanged over more than a century, despite massive upheaval in the social and world order, is testament both to his foresight and to essentially unchanging human nature.

The Commission’s working definition of a hero as well as its requirements for awarding remain largely those that were approved by the founder. The candidate for an award must be a civilian who voluntarily risks his or her life to an extraordinary degree while saving or attempting to save the life of another person. The rescuer must have no full measure of responsibility for the safety of the victim. There must be conclusive evidence to support the act’s occurrence, and the act must be called to the attention of the Commission within two years.

Those who are selected for recognition by the Commission are awarded the Carnegie Medal, and they, or their survivors, become eligible for financial considerations, including one-time grants, scholarship aid, death benefits, and continuing assistance. To date, more than 10,000 medals have been awarded, the recipients selected from more than 100,000 nominees. About 20 percent of the Medals are awarded posthumously. Awardees are announced four times a year, following meetings of the Commission.

As the Commission is a private operating foundation recognized as tax-exempt under Section 501(c)(3) of the IRS Code, donations are deductible as charitable contributions by the donor to the extent permitted by law.