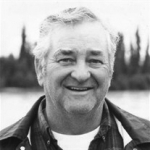 Vernon R. Hughes, 83, of Yreka, Calif., died Wednesday, Jan. 23, 2019. Vernon joined the Air Force in 1954 and served in Guam until 1957. He married in 1960 and made a home in Happy Camp, Calif. There, he co-owned and operated H&H Logging. He was awarded the Carnegie Medal in 1964 for rescuing a truck driver whose air brakes failed, resulting in a runaway in Blue Lake, Calif. Hughes increased the speed of his truck and moved ahead of the runaway. Using his mirrors to monitor the runaway, he then decreased his speed and allowed the vehicle to strike his own. Hughes carefully steered the vehicles to the guide rail. In 1975, Vernon moved his family to Yreka. He enjoyed watching his children’s and grandchildren’s baseball and football games. In addition, he was an avid fisherman and hunter and a friend to all who knew him. He is survived by his wife, Mary; five children; numerous grandchildren; great grandchildren; and siblings.