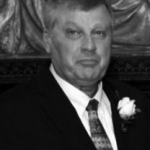 Marion J. Wheeler, Jr., 67, of Gasden, Ala., died Friday, March 1, 2019. After rescuing a woman from assault in 1996, he was awarded the Carnegie Medal in 1997. Seated in his car in a church parking lot, Wheeler heard screaming and a gunshot followed by a woman fleeing her home and falling into the street. He ran to the woman and placed her between two cars then attempted to distract the assailant. Wheeler lunged at him and struggled while others joined to disarm and subdue the assailant. Wheeler retired from AT&T after 42 years of service. He was a member of Southside Baptist Church where he taught Sunday school. He is survived by his wife, Karen; four children; four grandchildren; and two brothers.