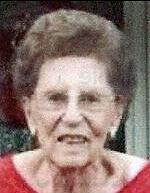 On March 13, 1964, Leduc, a 37-year-old homemaker, was driving in Cumberland Hill, Rhode Island, when she noticed a boy clinging to his Collie dog in an ice-covered pond, 65 feet from the bank. Leduc stopped at the scene, removed her jacket, and walked onto the ice, which soon broke.

Unable to regain her footing on the ice, Leduc lay prone and crawled toward the boy. She then used a scarf to draw him from the water and onto the ice.

Fifteen feet from the hole, she stood up and continued dragging the boy toward safety. Breaking through the ice once more, Leduc held the boy above water and used her feet to break through ice, making a path for them to exit.

The boy’s father used a ladder to remove the dog from the water. Leduc was extremely cold and tired after the rescue. She suffered cuts and bruises and recovered in two weeks.

Leduc was born Feb. 14, 1927, to Blanche and Romeo Thibeault of Central Falls, Rhode Island. She was married to her husband Lawrence J. Leduc, Sr., for 59 years.

Leduc worked for UniRoyal in Woonsocket until it closed in the early 1990s. She then went to school before returning to the workforce where she was employed by Amica Insurance until retirement.

According to her loved ones, if you met Theresa, “Terry,” you became her friend. She included all her friends and relatives in her daily prayers.

Leduc is survived by her sister Norma; two sons, Lawrence Jr., and Charles; two grandchildren; and five great-grandchildren. She was preceded in death by her husband Lawrence and brother Normand.