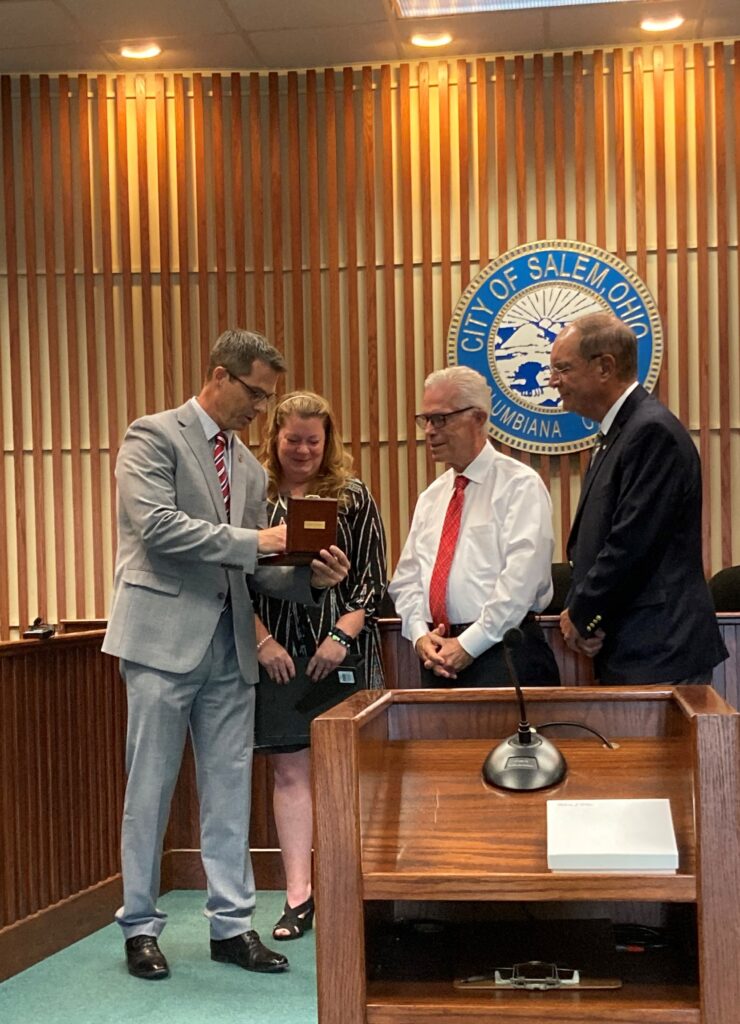 Hero Fund President Eric Zahren, Carnegie Medal recipient Melinda J. Wilms, U.S. Rep. Bill Johnson, and Salem (Ohio) Mayor John Berlin admire the Carnegie Medal during an Aug. 23 presentation to Wilms, of Salem. Wilms was part of a water rescue of a 12-year-old boy who was struggling in Mosquito Creek Lake near Cortland, Ohio. Christine L. Beheler acted first, swimming to the panicking boy, who submerged her. Mark A. Krempasky and Wilms then responded, Krempasky towing Beheler back to wadable water and Wilms using a pool noodle to tow the boy back to the beach. Beheler could not be revived.

“We are honored to bestow this Medal and this honor on Melinda,” Zahren said. “And also to make sure that her story gets told and stories of her fellow heroes are told, so that, maybe we can create better neighborhoods, better societies and maybe a better world. That was Carnegie’s dream.”

Wilms concluded the ceremony by asking for more kindness in the world.

“I would echo everybody’s words here to just be kind to each other, be respectful, but certainly look out each other, and help each other when you can,” she said. Johnson represents Ohio’s sixth district.