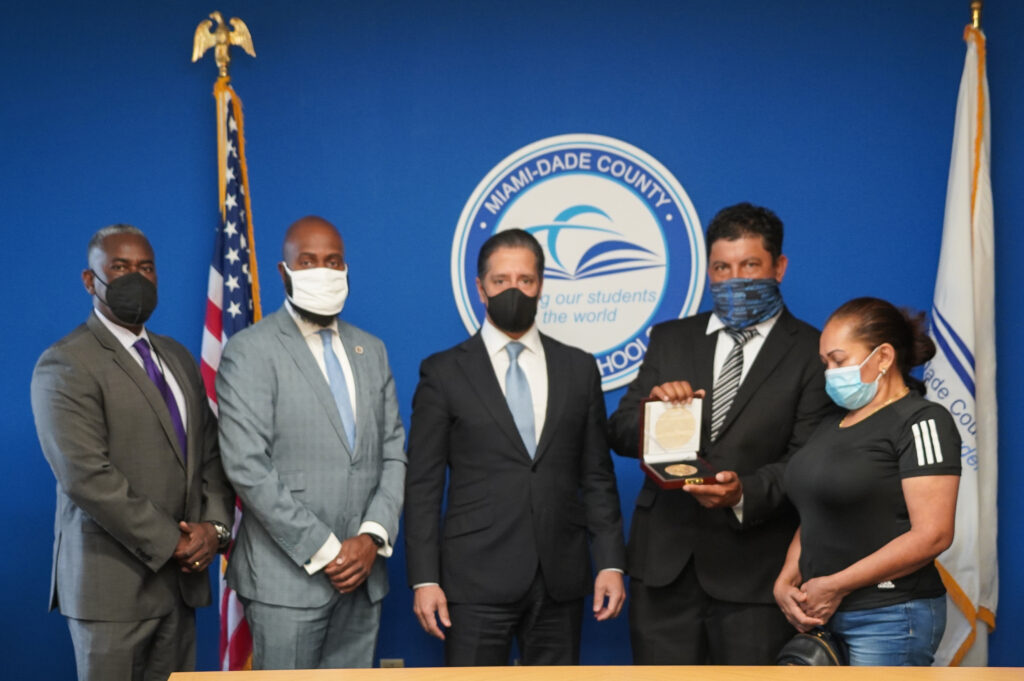 “He represented the best of humanity, and today we remember his strong act of courage and present his family with the Carnegie Medal,” Carvalho tweeted after the event.