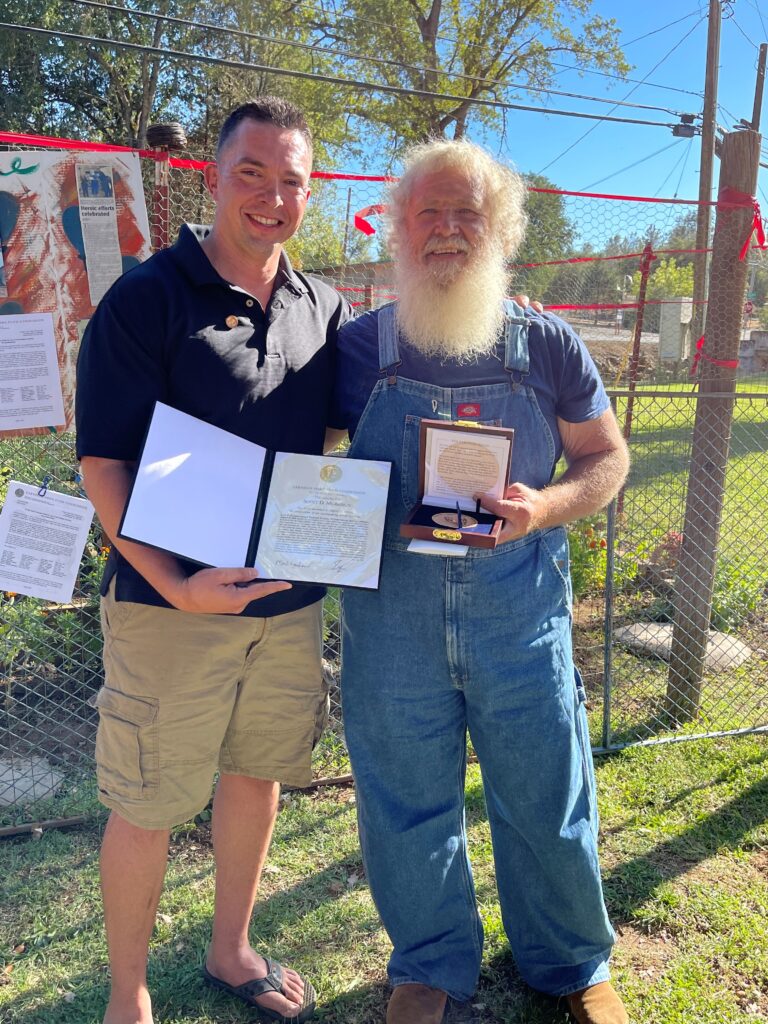 In a ceremony held Sept. 18, 2021, outside the Rescue (California) Fire Department, Raymond M. Jerrett III, left, presented Scott D. Morrison with the Carnegie Medal. Morrison was recognized for rescuing Jerrett from a burning vehicle following an accident in Rescue on Aug. 13, 2019.

From inside his Rescue home, Morrison heard Jerrett’s sedan collide with a tree. Dry grass ignited around the car and Jerrett was inside, unconscious. Blocked by fire from accessing the driver’s door, Morrison opened the front, passenger door and entered the car. Flames engulfed the driver’s side of the car and Jerrett’s clothing was on fire. Morrison pulled Jerrett toward him, freed his trapped feet, and removed him from the sedan, patting out flames on his clothing.

“It means everything to me, every day that I have, every happy moment I have, I think that I’m able to have it because of him,” Jerrett said as he presented the Medal in front of friends and family.

“We’re lucky,” Morrison responded. “We’re lucky, because if I wouldn’t have, it would be worse for both of us.”

Jerrett said that despite extensive injuries and scarring, he feels that the accident was a blessing in disguise. “Their family is such a beautiful family and they are part of our family now too,” he said. “Thankfully this story has a happy ending.”