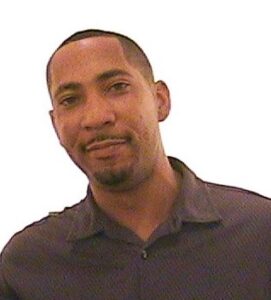 On Oct. 26, 2009, Norman, 28, heating and cooling systems installer, was driving in a North Wilkesboro, North Carolina, neighborhood, when he saw flames issuing from a house.

He stopped at the scene and learned that a 61-year-old woman remained in bed on the first floor. Norman kicked open the front door to find the living room filled with dense smoke and flames. Repelled by the smoke, he went outside to pull his coat over his head before re-entering the home.

He moved forward and located the bed where the woman lay unconscious. Norman pushed the bed closer to the front door and then lifted the woman from it and took her outside. Flames continued to spread inside as Norman and a neighbor removed the woman’s husband from a bedroom window at the side of the house. Norman was treated at the hospital for smoke inhalation. He recovered.

In addition to receiving the Carnegie Medal, Norman also received the key to the city of North Wilkesboro, North Carolina.

He grew up in Ronda and attended Elkin City Schools. In 2007 he married Kandace Mullins and gained a daughter, Kaylee. In 2008, the couple had another daughter, Savannah.

He was a member of Baldwin Baptist church.

A skilled carpenter, Norman installed hardwood floors and was an HVAC technician. His generous spirit ran strong, and Norman helped many people who were unable to pay for his work.

According to his family, Norman loved gardening, deep sea fishing, family time, music, and had a fascination for how things worked. He was also a passionate cook who grew up watching The Cajun Cook on PBS. Some family favorites included his broccoli chicken cheddar soup, pumpkin pie, and fried okra.

Norman is survived by his parents, Ervin and Paulette; his former wife, Kandace; his daughters Savannah and Kaylee; three brothers Deidric, Cameron, and Travis; one sister, Nickayla; aunts and uncles; a step-grandfather; nieces and nephews; cousins, and countless friends.