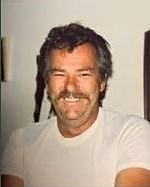 On June 23, 1995, Hart, 55, contractor, was traveling on a highway in Dos Palos, and came upon a burning, overturned van. The passenger, a 37-year-old woman, lay partially extended through the windshield. Using a jacket as a shield against the blistering heat, Hart linked arms with another man, and they approached the van. Pulling the woman’s arm, they freed her from the wreckage, but fell to the ground. Regaining their footing, the men dragged the woman farther from the van.

The woman was hospitalized with severe burns and died several hours later. Hart recovered from minor burns to his face and fingers.

Hart was born on Oct. 20, 1939, to Lena Fay Kunkel and William Hershey, in Salem, Oregon. He grew up in Olympia, Washington, with his parents and siblings, Jim, Jay, and Charlotte.

In his youth, Hart worked alongside his father, who was a master carpenter and builder, on many projects including constructing the Olympia brewery. He graduated from North Thurston High School, and left home at 18, accompanied by his brother Jim.

Starting in 1956, Hart served in the U.S. Navy, piloting sky raiders from many ships including the USS Ticonderoga, Kearsarge, Bennington, and Boxer.

Following his four years in the Navy, Hart returned to Olympia and married Judy Lusua. The couple had two sons, Wayne and Travis.

He held many jobs including working as a logger, heavy equipment operator, Olympia police officer and pound master, and commercial fisherman. In 1976, he returned to California and worked in asphalt with a paving and construction company.

Hart went on to get his contractor license and established Hart Paving & Grading in 1988.

Hart loved aviation and owned multiple Cessna aircraft during his life. He often stopped at the Merced (California) airport to fly, or as he put it, ‘Punch a hole in the sky.’ He loved to fish and cook. Hart especially looked forward to the annual Crab Cioppino Feed fundraiser put on by the Lions Club that supported Merced youth sports. Hart’s family spoke of his passion for classic cars, hot rods, and race cars.

Hart was very dedicated to Dos Palos American Legion Post 86 and expressed pride and love for his country alongside fellow legionnaires. His patriotism inspired him to lead the effort to design, fundraise for, and build the Dos Palos Veterans Memorial wall at Marks Elementary School.

He is survived by his wife Barbara; brother, Jay; sons Wayne, Travis, Roy Jr., and Ryan; four grandchildren; three great grandchildren; and many other relatives.

He was preceded in death by his brother, James, and sister Charlotte.