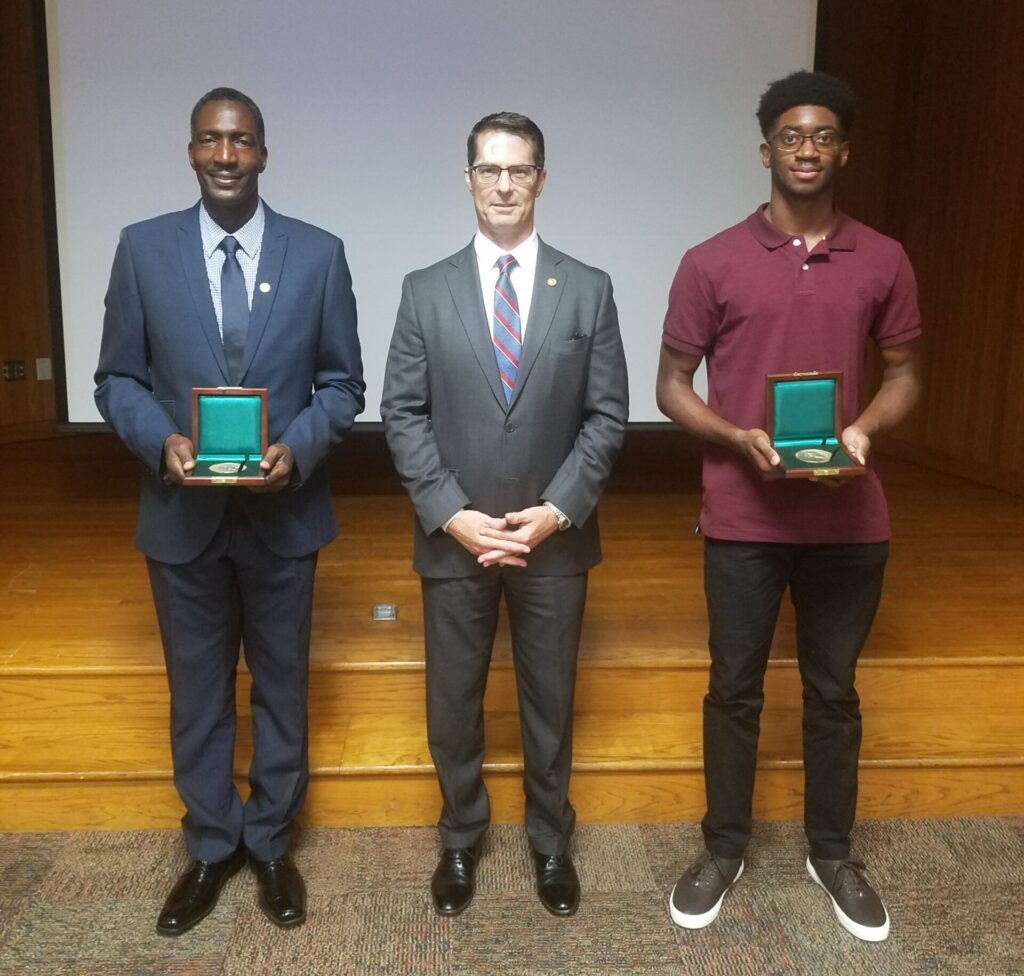 Carnegie heroes Anthony Peterkin, left, and Jaden DeShawn Peterkin, right, stand proudly with Hero Fund President Eric Zahren after he presented the father and son with the Carnegie Medal at a ceremony in the Cumberland County (North Carolina) Public Library on Sept. 23, 2022.

On April 11, 2021, the father-son team sustained injuries after removing their neighbor who had collapsed in his burning Fayetteville, North Carolina, home. The 88-year-old man was lying on his kitchen floor after a fire broke out at the rear of the house. Peterkin, 52, a training technician, and Jaden, a 17-year-old high school student, ran through the home’s attached garage to an interior door. From there, the older Peterkin proceeded to the home’s kitchen where flames engulfed the floor, ceiling, and walls. Crawling, Peterkin found the man and dragged him toward the garage door where Jaden assisted. Peterkin and Jaden placed him on a small rug and dragged him to safety. The man died the following day from injuries sustained in the fire.

Zahren praised the courage and selfless action of the father and son, who worked in concert without regard for their own safety to attempt to save the life of another. Peterkin expressed gratitude for the honor and offered continued help to the victim’s family, who were in attendance of the presentation.