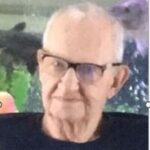 He was born and raised in Detroit. He married Susan Wilder on March 5, 1977, and retired as a skilled tradesman after 37 years with Ford Motor Company.

He received the Carnegie Medal in 1976, after he saved two children from a burning apartment building in 1974 in Utica, Michigan. The mother of a 2-year-old girl and 3-year-old boy ran to Baliko’s neighboring home and alerted him to a fire in her home. Then a 35-year-old equipment driver, Baliko entered the burning living room, and despite dense smoke and spreading flames, made his way to the bedroom, where the children had by then lost consciousness. Breaking a window, Baliko dropped the kids to the ground below. Flames were spreading into the bedroom as Baliko then jumped from the window, falling onto his back and suffering broken vertebrae. The toddlers were revived, and Baliko recovered after hospitalization.

Balilko enjoyed landscaping, boating, riding motorcycles, building and flying remote-control airplanes, playing cards with family and friends, and cruising the back roads in his Side-by-Side with his dog. Ronald is survived by his children Brian, Ronald, Brandy, and Michelle Baliko; brother, William Baliko; and grandchildren, Nicholas and Jessa Baliko.