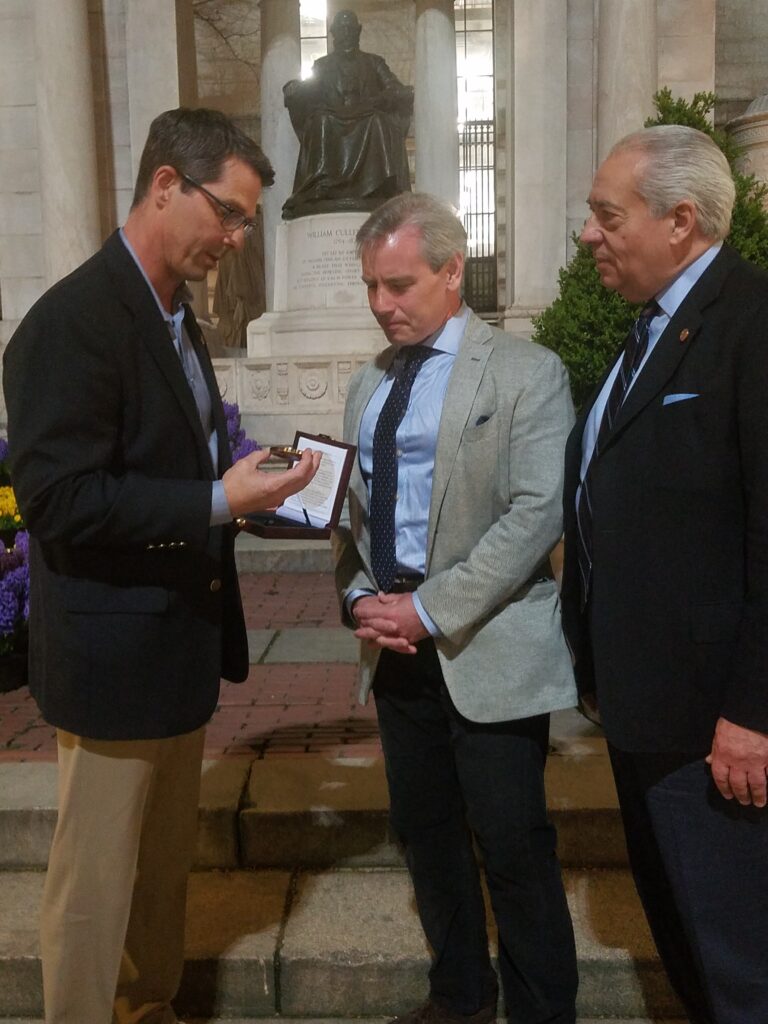 Nearly one year earlier, Conaboy rescued a 54-year-old woman from assault on a New York subway platform. A 22-year-old man with a knife ambushed the woman from behind, repeatedly stabbed her upper body, and knelt over her with the weapon after she fell to the ground. Conaboy, then 52, ran to them and shoved the assailant to the ground. Although the assailant continued in his atemptes to stab the woman while struggling with Conaboy, Conaboy ultimately pinned the assailant and restrained him until police arrived.