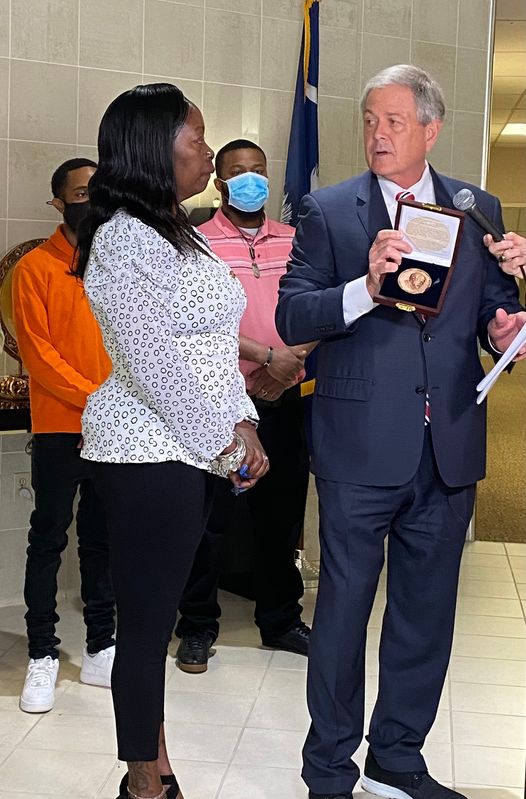 Jenkins, a 34-year-old cable installer from Rock Hill, died after helping save a 2-year-old boy from drowning in the Catawba River in Huntersville, North Carolina on Oct. 3, 2020.

“My son’s life is going to be recognized, and for him to have to be gone, I just feel like this enhanced his legacy, like he’ll never be forgotten,” Lewis said.

Jenkins was fishing near a partially submerged boat ramp downstream of a dam with the boy and the boy’s mother. When the boy entered the swift-flowing river, Jenkins jumped in fully clothed, ultimately reaching him but, encountering difficulty staying afloat, he passed the boy to another man who had entered the water. Michael Byers towed the boy to safety. Jenkins floated motionless downstream before others pulled him from the river. He died five days later.

“This is a true honor, and one that displays the heroism that was displayed on that day,” Norman said. Byers, now of Spencer, North Carolina, also received the Carnegie Medal.