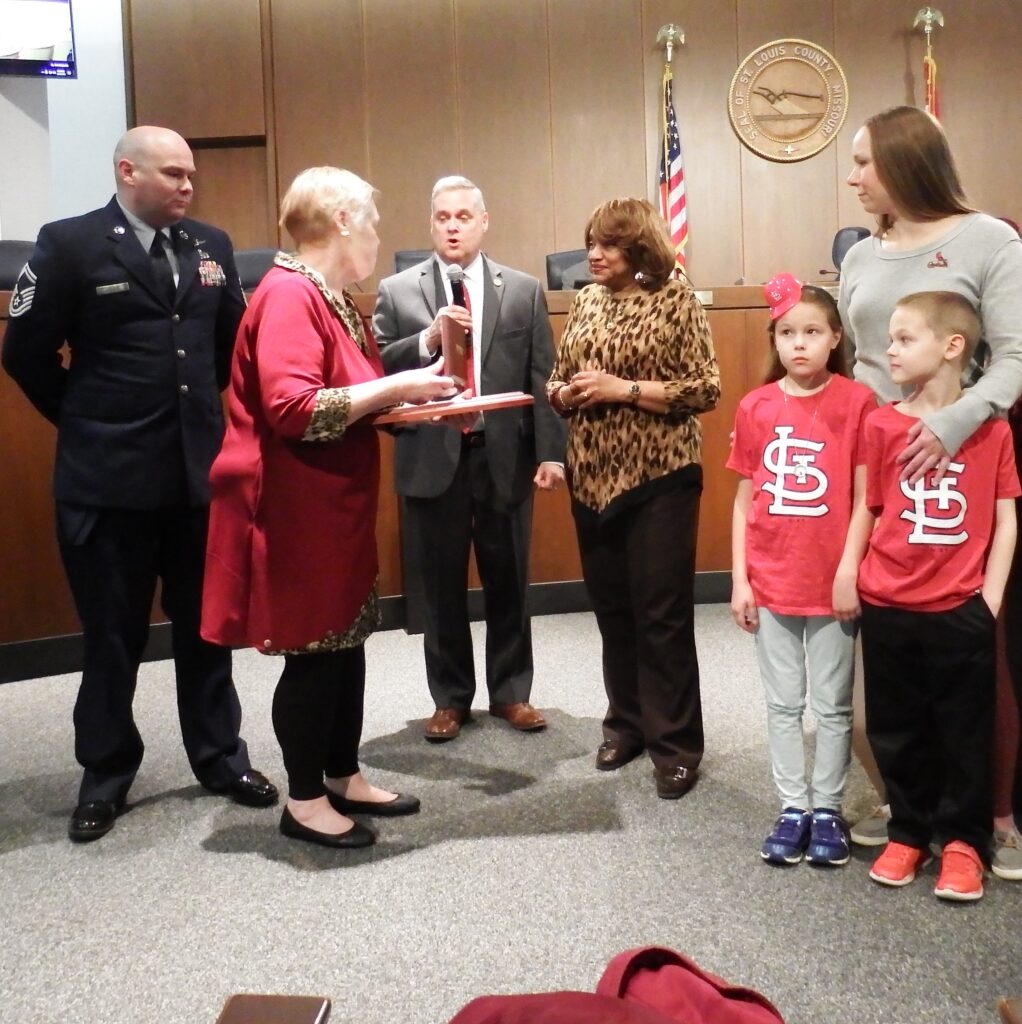 Kempf was on the house’s main floor when her estranged husband, who had entered with a handgun, shot multiple rounds at her while Colter was tending to Kempf’s children outside the Fenton, Missouri, house on Jan. 23, 2020. Upon hearing the gunshots, Colter, a 66-year-old pharmacist, ran inside and tackled the assailant to the living room floor. He wrestled with the assailant for control of the gun as they moved to a hallway floor, where Kempf, who had been wounded in the right thigh and ankle, got atop the assailant and also attempted to seize the weapon. Colter called for Kempf to leave and get help. Separating from the assailant, Kempf exited the house and retreated to safety at a neighboring house. The assailant shortly shot Colter and fled the scene, then fatally shot himself when authorities located him in another state eight days later.