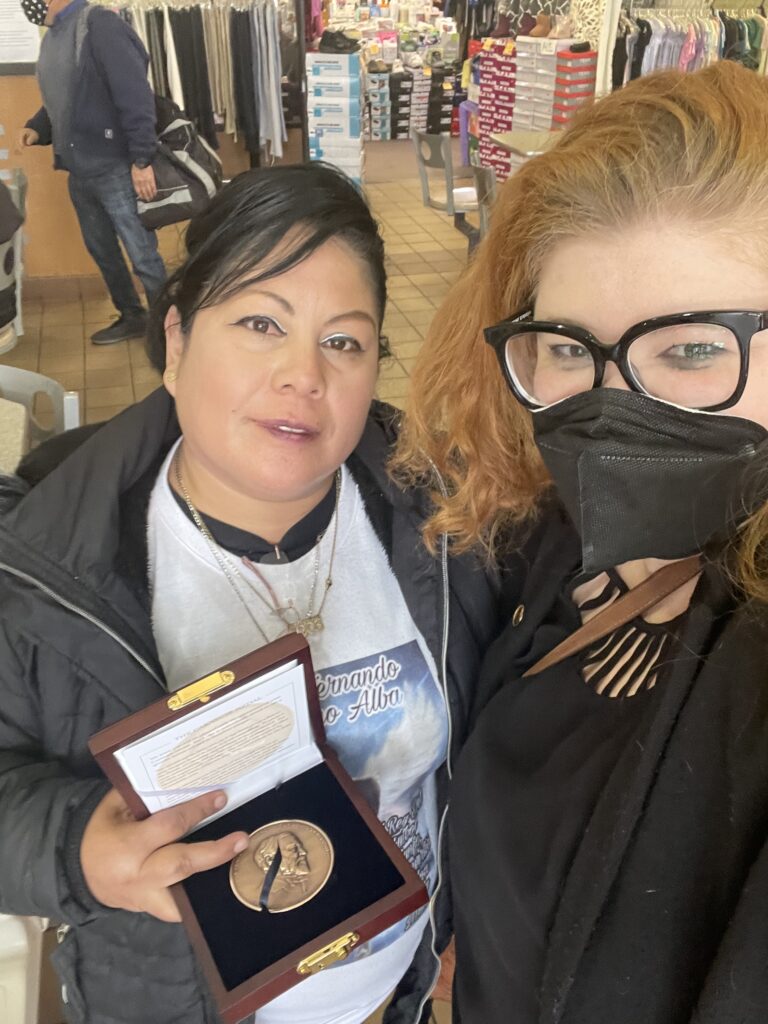 From left, the mother of posthumous Carnegie Medal recipient Edgar F. Moreno Alba proudly holds her son’s Carnegie Medal, which was presented to her by Hero Fund Communications Director Jewels Phraner at a private ceremony in San Ysidro, Calilfornia, on Jan. 14, 2022. Moreno Alba’s mother, Rubi Alba Muro, travelled by bus several hours from Mexico to accept the award at the U.S. and Mexican border. Wearing a shirt memorializing Edgar, Alba Muro expressed how proud she was of her son’s heroic act.

On June 28, 2020, Edgar, 17, drowned while helping save a 14-year-old boy who was struggling in Lake Camanche near Valley Springs, California. Despite not knowing how to swim, Edgar advanced to the boy and pushed him to a point closer to shore at which point others helped the boy safely exit the water. Edgar submerged and did not resurface. A dive team responded and recovered Edgar later that afternoon at a point about 30 feet from shore. He had drowned.