The Hero Fund has two new hires this year including part-time administrative assistant Janet Thomas and spring intern Katherine Lewis, a 22-year-old Fairfax, Va., native who graduated from the University of Pittsburgh in December. We asked them to introduce themselves in this edition of Impulse. 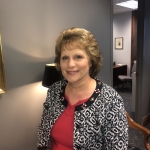 I have always wanted to be an administrative assistant to help others in a practical way. Providing support and encouragement is part of my nature and something I have always enjoyed. My organizational skills have served me well in the many positions I have held, and my many years of experience have prepared me for what I consider to be the most important and meaningful job of my career.

In 2018, I made the decision to take an early retirement from 30 years of service in the banking and finance industry. Soon after, I realized I was not ready to stop working and obtained a series of unfortunate temporary assignments.

Thankfully, one of the agencies passed my resume along and I was called for an interview at the Carnegie Hero Fund Commission. Prior to my interview I did some research and was thoroughly impressed.

The moment I walked through the front door, I knew this was the right place for me.

I have become enthralled with Hero Fund since I began working as a temporary employee last spring. I am consistently amazed and often moved to tears as I read the countless stories of the brave, selfless individuals who rescued others without a moment’s consideration of their own safety. My faith and hope in humanity is restored as I type letters each day
regarding the heroic acts of these men, women, and children.

Along with the staff, I was invited to attend an awards ceremony which was held in Pittsburgh last fall. I was honored to attend, and it was an emotional day.

Meeting Carnegie Hero Phillip H. DiLuca and his family was both humbling and rewarding. Learning about DiLuca’s actions and speaking with his parents and fiancée about the rescue was fascinating. The ceremony was impressive which confirmed my awe and admiration. I consider it an honor to be part of an organization which recognizes and honors such individuals.

My employment began Jan. 1, and I’m proud to be part of this remarkable team.

For the first time, I go to work each day knowing that my job makes a difference in people’s lives which is very humbling. Without a doubt, this is the most important and meaningful job of my career. I have a newfound esteem for Andrew Carnegie and his wonderful principals and hope to enjoy a long, rewarding career. 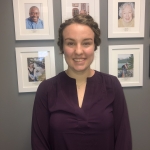 Come August 2016, I found myself moving into my freshman-year dorm at the university. Three and half years later, I’m glad that I decided to take a chance on the City of Bridges.

After testing a few different academic fields in my first few semesters, I landed on media and professional communications. This field allowed me to develop key skills in digital media, writing, and research, which were put to use through several internships during my undergraduate career.

While experiencing a wide range of companies – both in style and size – I learned that I thrive best in an environment where the work makes an impact on the lives of others. In an increasingly despondent world, there is nothing more I want to do than bring positivity and hope. At the Carnegie Hero Fund, the work goes above and beyond to meet those objectives.

My university gave me a key to the city through my student ID. It allowed me to travel for free on Pittsburgh public buses. This connected me to the distinctly different neighborhoods of Pittsburgh.

As I traveled to each neighborhood, there was one common factor: a Carnegie Library. These public institutions are lasting signs of Andrew Carnegie’s dedication to providing opportunity and access to the citizens of Pittsburgh.

In addition to free transportation, I received free admission to the Carnegie Museums of Art and Natural History. A mere five minutes from campus, I was able to experience Hero Fund founder Andrew Carnegie’s generosity and influence first-hand. The widespread collections and exhibits gave me a chance to learn about not only the people and history of Pittsburgh, but the world. I have Andrew Carnegie to thank for that.

In addition to Carnegie’s institutions, I have him to thank for my current
position. As I neared graduation this past December, I was looking for a position that would allow me to continue developing the skills I gained during my undergraduate career. I wanted a role for an organization that made a positive impact in the city of Pittsburgh but found something greater at the Hero Fund.