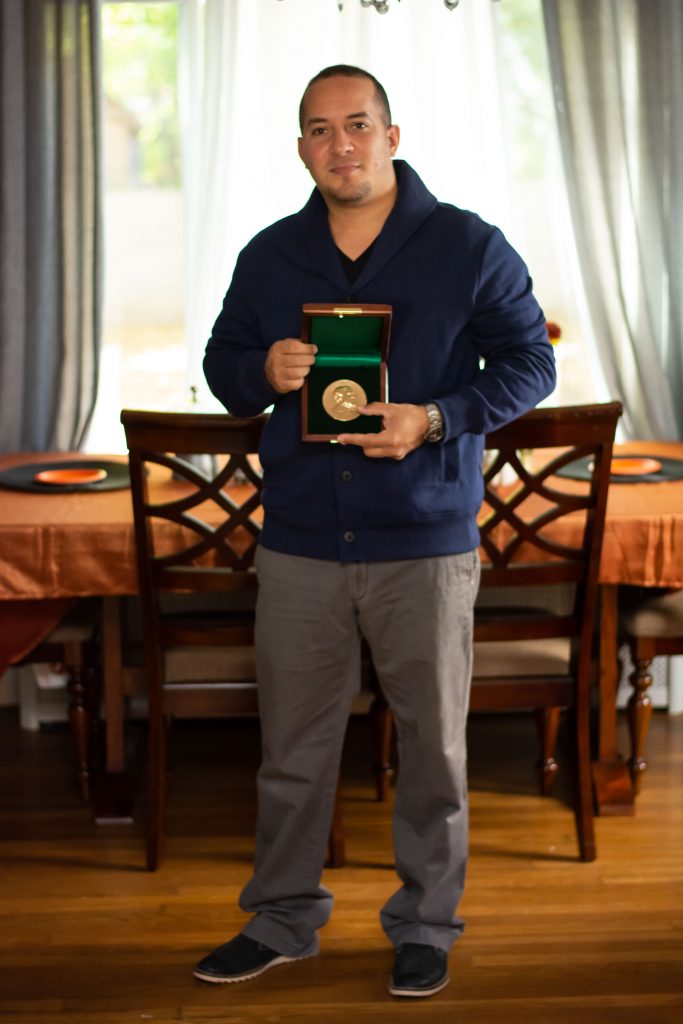 Jose L. Casanova received his Carnegie Medal Oct. 10, 2019, at his home in New Britain, Conn., through arrangements by the office of U.S. Rep. Jahana Hayes, who issued a citation of special congressional recognition.

Casanova and Marvin George Dixon combined efforts to rescue a Hartford police officer from an assault inside an apartment building on May 17, 2018.

“Thank you for your fearlessness and assistance in rescuing a Connecticut police officer,” Hayes states in the citation.