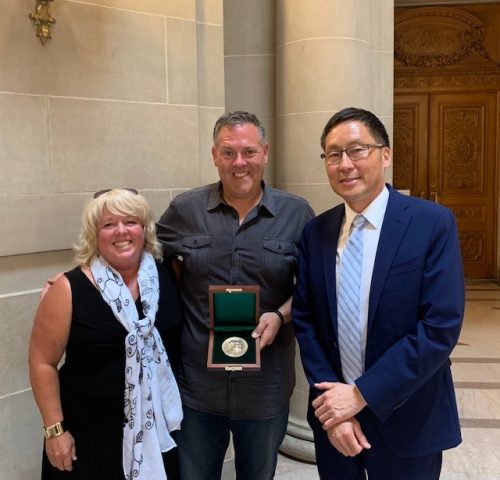 Anderson, 45, operations manager, of San Francisco, removed five people from a burning pickup truck on May 26, 2017, after an accident in Willits, Calif. With another man’s help, Anderson pried open one of the truck’s rear doors. He then freed a 7-year-old boy from his seat and removed a 22-month-old girl from her safety seat. Moving to the truck’s rear, Anderson reached through the window of the covered bed and lowered an injured man to the road. Anderson re-entered the truck twice more to remove two women before flames engulfed the truck.

“On behalf of the San Francisco Board of Supervisors and the Carnegie Hero Fund Commission, I am truly honored to recognize Nick Anderson for his courageous and quick-thinking actions that saved the lives of five others,” said Mar.