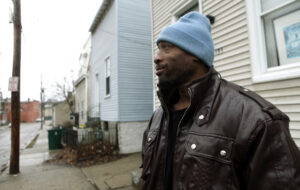 Ryan B. Phillips, 55, of St. Petersburg, Florida, died Wednesday, June 29, 2022. In 2011, Phillips, then a 43-year-old construction worker, saved his 3-year-old neighbor from burning in her Cincinnati, Ohio, home. At night, fire broke out in the boy’s two-story house. Phillips ran to the scene and entered the house through the front door with a blanket. Ascending the stairs, Phillips found the boy sitting on the floor of a bedroom, where the walls were burning. Phillips went to his stomach and reached out for the boy, pulling him to him, and then covering him with a blanket. They fell down the stairs, but at the bottom, Phillips regained his footing and took the boy to safety. The boy was treated at a hospital for smoke inhalation, and Phillips recovered from smoke inhalation and a bruised back. He received the Carnegie Medal in 2012.