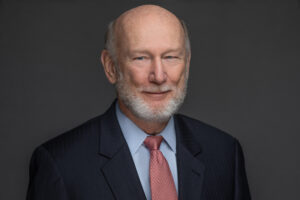 And so it goes …There are big changes underway at the Hero Fund. “Good governance,” complete with all associated “best practices,” has caught up with us. In June I completed my last year as Chair of the Hero Fund and the Commission elected Hero Fund President Eric Zahren to serve in that additional role. This is a big change in my life, and one that carries a lot of emotional impact.

For the Hero Fund it is part of larger, carefully planned changes that will prepare us to pursue our mission with even more energy. I have served as President or Chair of the Hero Fund (same job, different titles) since 2001. Those 21 years represent about 18 percent of the Hero Fund’s history, and I’ve been a member of the Hero Fund Commission for almost 25 percent of its history. Long, lovely, and just enough! When I say that my retirement has had an emotional impact on me, I mean a good impact. It has been the experience of a lifetime to know and work with the Hero Fund staff, the members of the Hero Fund Commission and, most of all, the Carnegie heroes themselves. I will write specifically about the personal aspects of this in a later Impulse, but first let me describe the changes at the Hero Fund and what they mean for the organization.

During the last year the Hero Fund Commission has discussed, debated, and adopted a policy limiting reelection of board members after age 75. This has become very common for the boards
of America’s businesses and nonprofit organizations, and 75 might be the most common age limit among nonprofits. For us, though, this move went beyond theories of governance and was an effort to tune up the organization for continued growth in the way we do our job — the mission Andrew Carnegie laid on us in 1904. That core mission never changes, but we constantly search for ways to do it better.

When I got involved with the Hero Fund in 1993, it was just finishing up changes intended to deal with two problems that threatened its mission. A very conservative investment policy had limited its financial resources and changes in the American workforce had made it too expensive to investigate cases using its traditional traveling field investigators.

The Hero Fund Commission recognized the seriousness of these problems and brought aboard two individuals who turned it all around. First, the Commission elected Bob Off, a banker, as president. Bob in turn hired Walter Rutkowski who eventually became executive director and later president. Walter revamped the investigation process, using modern communications tools to conduct high-quality case investigations from the office. Bob also installed a younger member of the Commission, Tom Wentling, as chair of the investment committee. Tom quickly revamped the investment approach and produced excellent results over several decades. Today the Hero Fund enjoys adequate and safe financial resources to carry out its mission. I cannot emphasize enough how the work of these individuals made possible all that followed.

When I succeeded Bob Off as president, Walter Rutkowski effectively functioned as chief executive with broad freedom to act. Walter expanded the public exposure of the Hero Fund. He created Impulse, and during his tenure the Hero Fund hosted very successful celebrations of its centennial in 2004 and the Carnegie Medal of Philanthropy in 2007. For the centennial celebration — largely coordinated by Doug Chambers — the Hero Fund produced a written history, A Century of Heroes, and a companion video that took our ability to explain our mission to a new level.

A second wave of change began when Walter announced he would retire in 2017, and we recruited Eric Zahren as his successor. Eric has already touched off a quantum leap in our outreach. He promoted two in-depth features about the Hero Fund on national TV, the first on CBS Sunday Morning and the second on 60 Minutes. Both did a great job capturing what is special about the Carnegie heroes. We also mounted a celebration of our 10,000th Carnegie Hero Medal — and, to point to our future, our 10,001st Medal — that was every bit as spectacular as our centennial and Medal of Philanthropy events. Our video was updated as well, and next year A New Century of Heroes will be published — an updated second edition of the centennial book.

Eric also staked out the ambitious goal of arranging for every Carnegie Medal to be presented in person. It is a lot of work, but we are approaching that goal. Once again, our programs have moved to a new level.

Our recent governance changes are part of an effort to set the stage for further progress in our program. As every organization does, we struggled to find the right balance between experience and fresh energy. In our case, we are encouraging retiring members of the Hero Fund Commission to participate as emeritus. This will give us access to their experience and allow us to tap the fresh energy of new members.

It is exciting how far the Hero Fund has come over the last three decades, but the prospects for the future are even more exciting. I am happy to step aside for Eric Zahren and the next wave of leadership, and I am confident they will do well because they will be energized by the same thing that drove their predecessors — the awesome spirit of the Carnegie heroes, themselves.