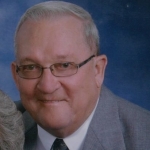 Rospert was awarded the Carnegie Medal in 2004 for rescuing a 16-year-old girl from an attacking dog. The teen struggled to restrain a dog in her front yard after it had attacked another boy, and the dog turned on her, biting her about the arms and legs.

Rospert, who was 68 at the time, witnessed the attack and went to the girl. As he approached, the 70-pound dog attacked him, until he kicked it away.

The boy, the teen, and Rospert were hospitalized for treatment of their wounds.

Rospert was born Feb. 16, 1935, in Bellevue. A veteran of the Army, he married Mary Hammersmith in 1964 after returning from his second tour in Korea. Rospert was a truck driver for many years in addition to a member of the Immaculate Conception Church, Fraternal Order of Eagles Aerie 490, VFW Post 1238, and American Legion post 46. He is survived by his wife of 55 years, four siblings, four children, 10 grandchildren, and two great-grandchildren.