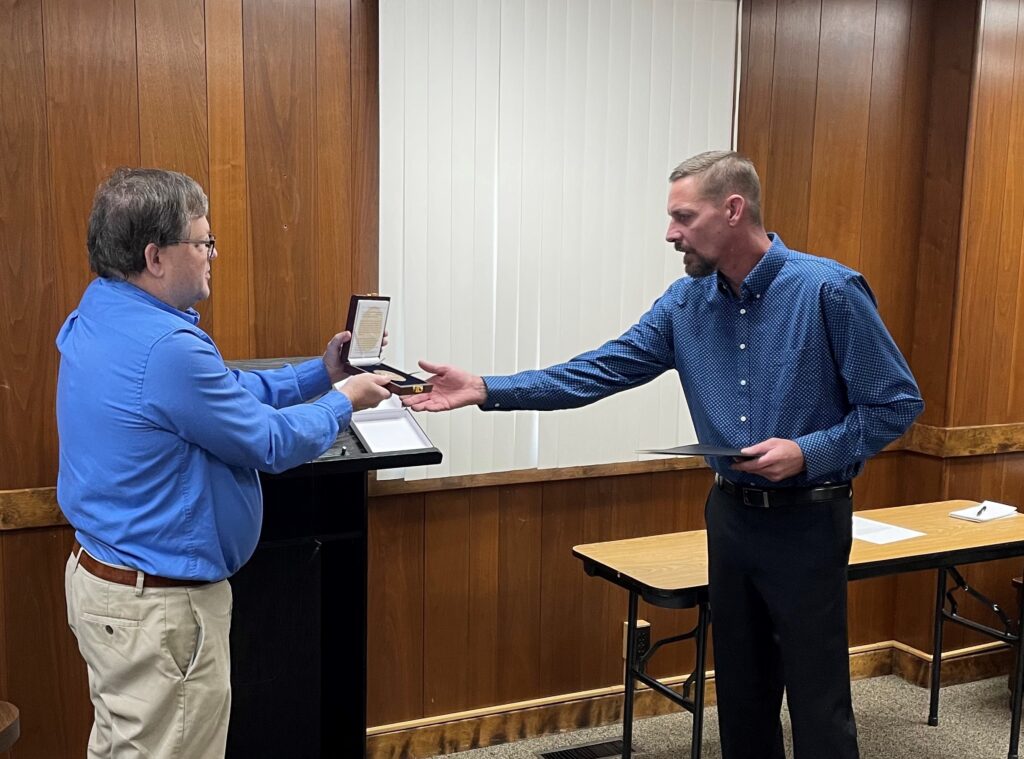 Allen Linder, Jr., right, accepts the Carnegie Medal posthumously awarded to his father, Allen Robert Linder, from Huron County (Ohio) Commissioner Terry Boose on Jan. 6, 2022. The elder Linder,  65, a truck driver from Milan, Ohio, died in Cleveland on February 20, 2020, attempting to rescue a woman from suffocating in the chemical tanker trailer she was cleaning. Inside the oxygen deficient trailer, the 30-year-old woman fell and was unresponsive. Alerted, Linder responded to the trailer without a respirator or air supply. He climbed the ladder at the trailer’s side, reached the top, and entered the trailer through the small hatch. Shortly, Linder, too, was unresponsive. Firefighters later removed both Linder and the woman. Both had suffocated.

Boose said it was “a true act of heroism,” according to the Norwalk (Ohio) Reflector newspaper. “It doesn’t surprise me, knowing your dad, that he would not hesitate to help anyone,” Boose said. “In that sense, it doesn’t shock me at all that he did that, but he was not only a hero but a great American.” Photo courtesy of Norwalk Reflector.