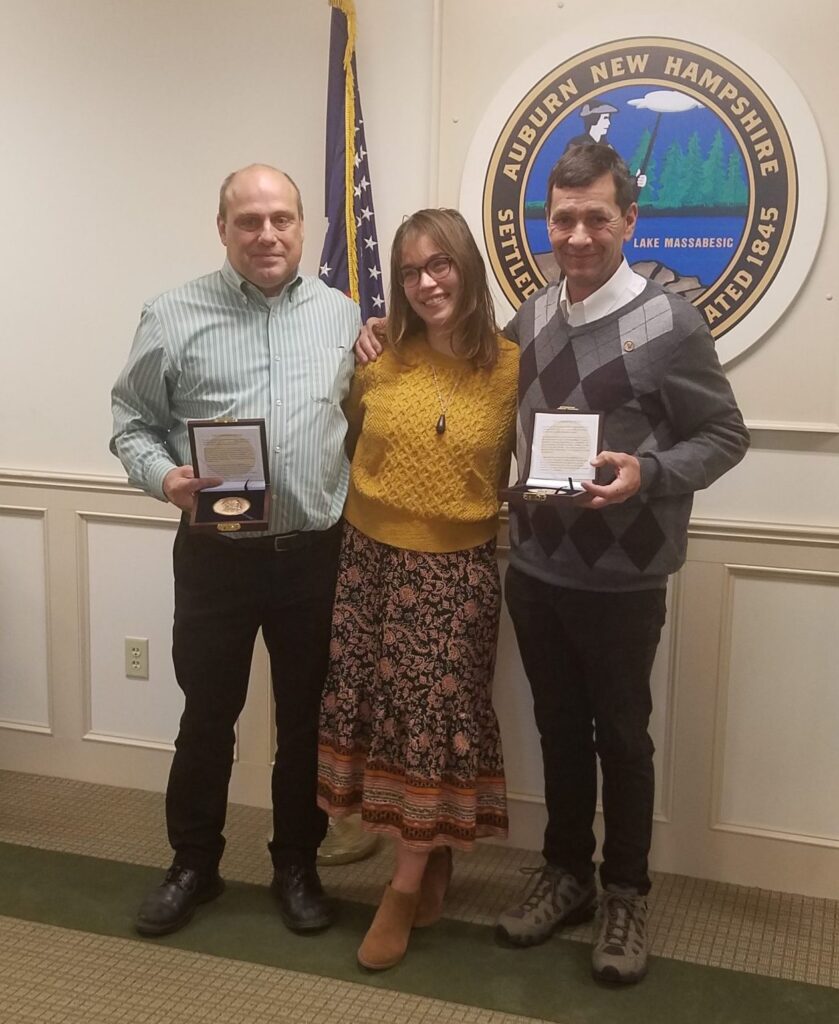 Carnegie Medal recipients Stephen P. Carkhuff, left, and Alan R. Cote, right, pose with Fallon R. Andrews, one of the two people the duo saved from a burning vehicle on Oct. 23, 2019, in their Auburn, New Hampshire, neighborhood. After hearing a late-night crash, Cote and Carkhuff responded to the scene. Cote arrived first and forced opened the driver’s door as flames lapped over the windshield area. He entered the car, grasped the driver, and pulled him out of the car. Carkhuff and others helped him carry the driver to safety. Then Carkhuff returned to the car, crawled across the driver’s seat and center console, and was attempting to free Andrews from her seat belt, when Cote, through the passenger’s window, cut the belt. Freed, Carkhuff grasped Andrews and inched her out of the car, where Cote and others assisted him in carrying her to safety. Hero Fund President Eric Zahren presented the Carnegie Medal to the pair at a Nov. 3, 2021, ceremony at Auburn Town Hall. Also present was Auburn police Chief Charles “Ray” Pelton.