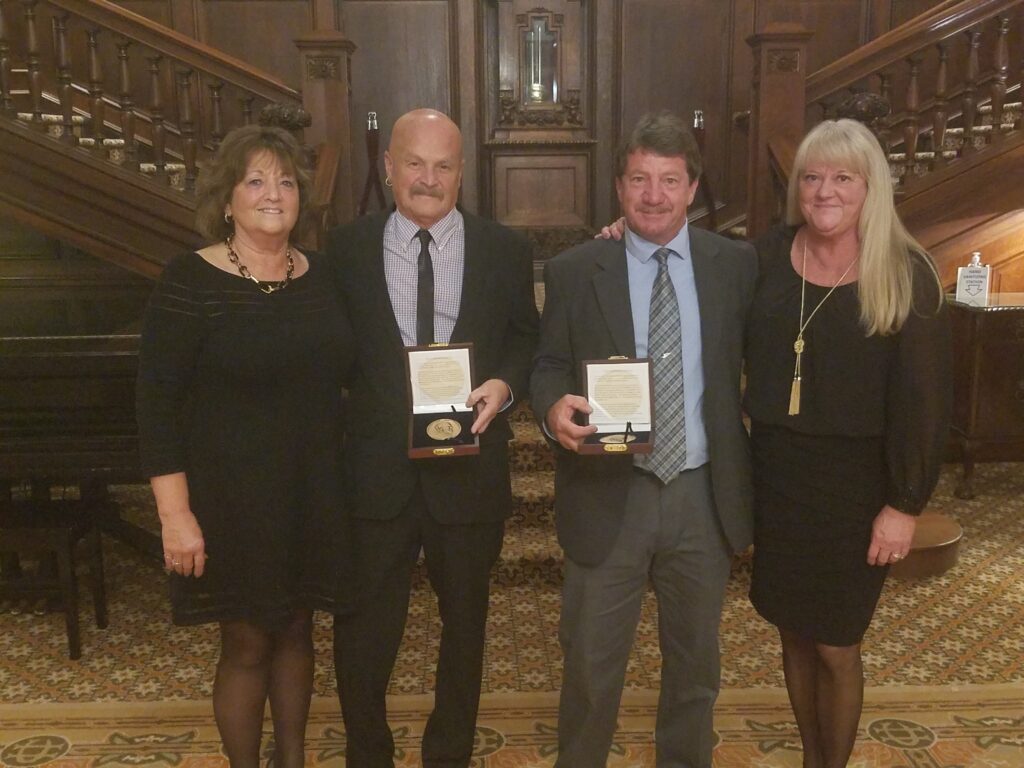 Carnegie Medal recipients Ernest Beauparland (left) and Ronald Rock (right) pose with their partners after a private presentation held Nov. 2, 2021, at The Harvard Club of Boston, in which Hero Fund President Eric Zahren presented them with the Carnegie Medal. Two years ago, Beauparland and Rock responded to a burning building in Fairhaven, Massachusetts. An 83-year-old man who used a wheelchair was trapped on the second floor of the building with his adult daughter who refused to leave his side. Beauparland and Rock entered the building, ran up a stairway, and grasped the man. As flames burned on the ceiling above them, they backed down the stairs and brought the man to safety. Pictured, from left to right, are Robbie Raymond, Beauparland, Rock, and Terry Rock.