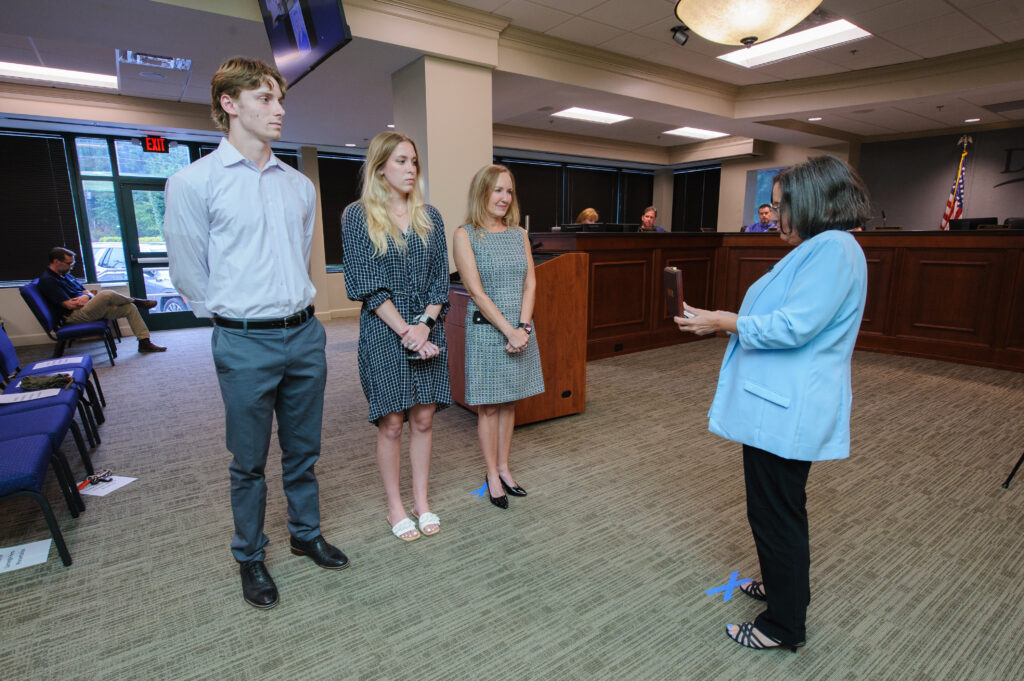 Lynn Deutsch, mayor of Dunwoody, Ga., far right, presents the posthumous Carnegie Medal to the family of Kim A. McGrady. From left, McGrady’s son Colton McGrady, daughter Kayleigh McGrady, and wife, Leigh Anne McGrady, wait to accept the medal at a ceremony on July 25, 2022, at Dunwoody City Hall. McGrady drowned April 8, 2021, while attempting to save people struggling in the Atlantic Ocean off the coast of Miramar Beach, Fla.

“Kim’s life was dedicated to his family, his friends, his faith, and service to others,” said Deutsch. “His act of heroism came as no surprise to those who knew him best.”

After turbulent water conditions off the coast of Miramar Beach, Fla., swept a group of children away from the shore, several onlookers entered the water to rescue them. The waves crashed with tremendous force and required a human chain to save some of the swimmers in distress. McGrady told his wife that he saw someone struggling away from the chain before running into the water to assist. The son stated that he saw McGrady aiding a man at a point about 145 feet from shore, but ultimately his family lost track of him and he was pulled from the water by others. He was unresponsive and could not be revived.

At the ceremony, Kayleigh McGrady represented the family in expressing gratitude.

“I want to thank the Carnegie Hero Fund for their dedication to research and for granting this award to my dad,” she said. “Thanks to them we get to continue talking about my dad’s story and raising awareness for ocean safety. As much as it is an honor to have a hero as a dad, we want to use the visibility of this award to make sure that other people like my dad can continue to live and enjoy life without having to risk it to become a hero.”