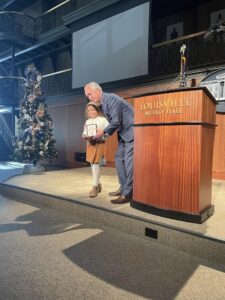 Adam Layman Thomas died attempting to save a woman in Louisville, on January 13, 2022. Thomas entered the fast-flowing waters of the swollen Ohio River in an attempt to save a 36-year-old woman who was seen entering the river by a group of bystanders moments before Thomas arrived at the scene. He removed his outer clothing, climbed over a railing, and entered the river. While attempting to rescue the woman, Thomas struggled amid the river’s turbulent current and ultimately drowned.

Photos were provided by the Thomas family.