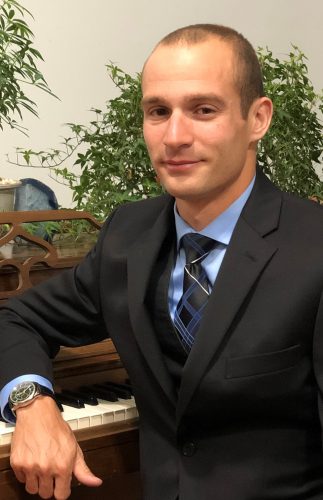 Off-duty Clinton Police Officer Phillip H. DiLuca, 24, entered a burning mobile home, searched until finding the home’s occupant, and guided him from the structure on June 13, 2017 in Clinton. At night, 53-year-old Shawn C. Skehan slept in the bedroom of his mobile home when fire broke out in the home’s attic. Neighbors banged on the doors and windows but could not rouse Skehan. DiLuca was on his way home from work when he heard about the fire on his police radio. He drove to the scene. Unable to enter the home’s front door, DiLuca ran to the rear of the home, forced open a door, and entered, encountering intense heat and smoke. DiLuca crouched low and moved quickly throughout the house, using a T-shirt to shield his nose and mouth from smoke. After searching the home’s other two bedrooms, DiLuca found Skehan in the third bedroom. He shook him, waking him after several seconds, and then guided him through thick smoke and nearby flames to the backdoor where they exited to safety. The chief of police of DiLuca’s department stated that DiLuca went above and beyond the call of duty to enter the burning home without protective gear.