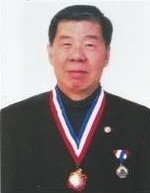 In 2004 Won was awarded the Carnegie Medal for rescuing a 43-year-old woman from burning on the floor of her motel room, on July 18, 2003, in Paradise, California. Won, 67, owner of the motel, responded to the burning, smoke-filled room where the woman lay unconscious on the floor. He entered and searched for the woman, but was nearly overcome by conditions and left the room. On his hands and knees, Won re-entered the room and crawled to the woman, grasped her by the feet, and dragged her to the door and outside as flames issued through the doorway. Another man helped Won take the woman to safety in the parking lot. Won suffered back strain and minor smoke inhalation for which he received hospital treatment. He recovered.

He was the successful owner of Wonsco TV and Repair in Sacramento, and a life insurance salesman. In 1972, Won received recognition in the President’s Honor Society and as an Honored Contributor and Man of the Year in 1973. In 1974 he won a National Quality Award from the West Coast Life Insurance Company, Sacramento Chinatown Agency. He was also the owner of the Pagoda restaurant and the Wildwood Motel in Paradise.

He and his wife Judy Won, would have celebrated their 40th Ruby wedding anniversary on Dec. 24, 2020. Judy survives him, along with daughters Maggie and Julia Won, stepson Peter Wong, and stepdaughter Grace Boyle.