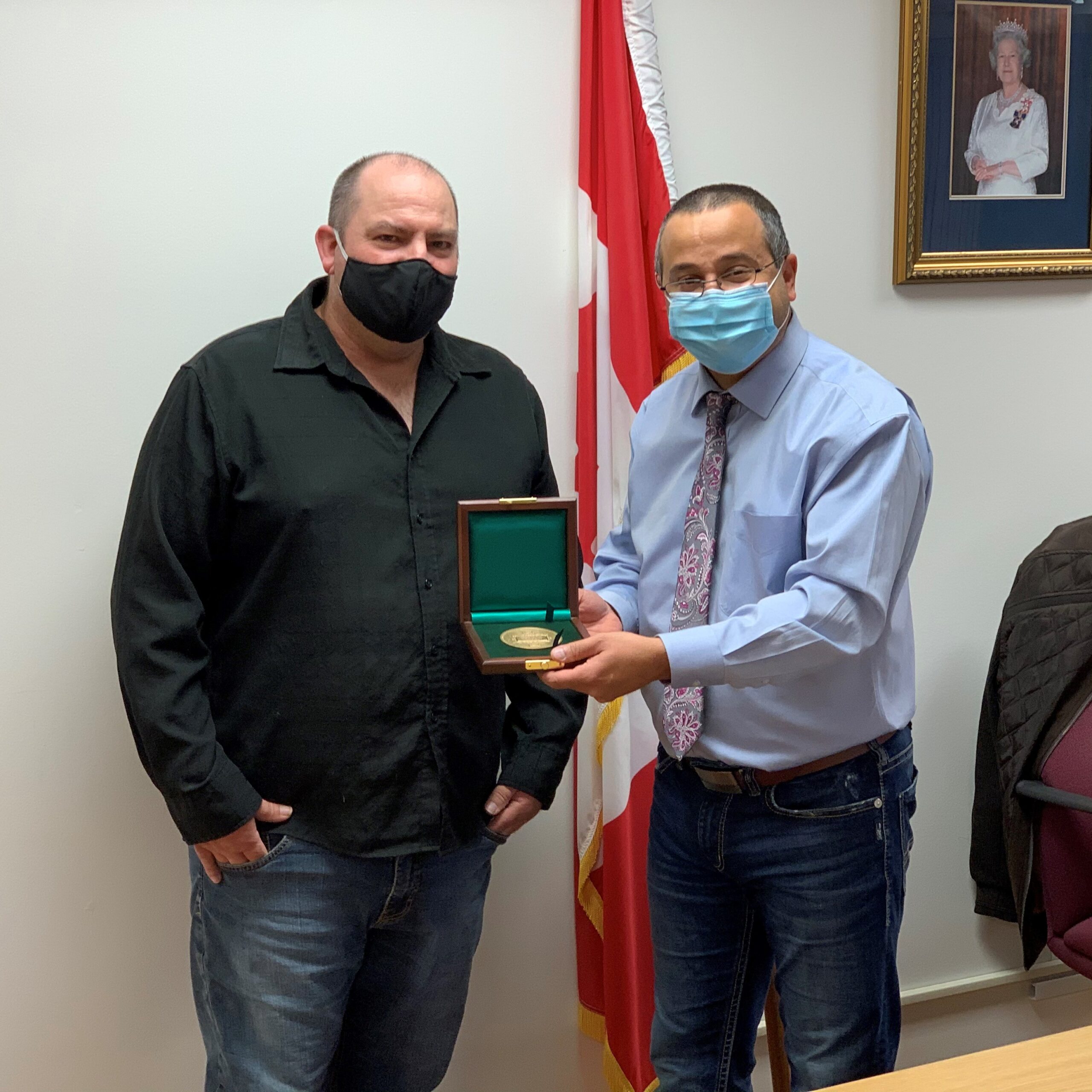 On June 17, 2017, Barkhouse, a construction worker, saved a 42-year-old kennel attendant from an attacking adult husky dog in a fenced kennel at a shelter in Yellowknife, Northwest Territories.

“Was it fate, was it a divine intervention that sent Mike at that exact time, at that exact second?” Zebian said. “We can only speculate, but thank God he was there because there’s a young lady who is still living today as a result of this man standing right here next to us.”

Barkhouse, then 44, was driving to work when he spotted the woman with the dog and heard her screaming. Barkhouse, wearing leather work gloves, used a wooden stake to force open an outer latch on the kennel. He entered it and yelled at the dog, striking it with his feet and hands until it released the woman.

As the dog retreated, Barkhouse dragged the woman to the kennel’s holding area. He then closed the inner gate to separate the dog from them. The attendant was hospitalized and treated for numerous bites. Barkhouse’s right hand was bruised.

Barkhouse was awarded the Carnegie Medal in September 2019.