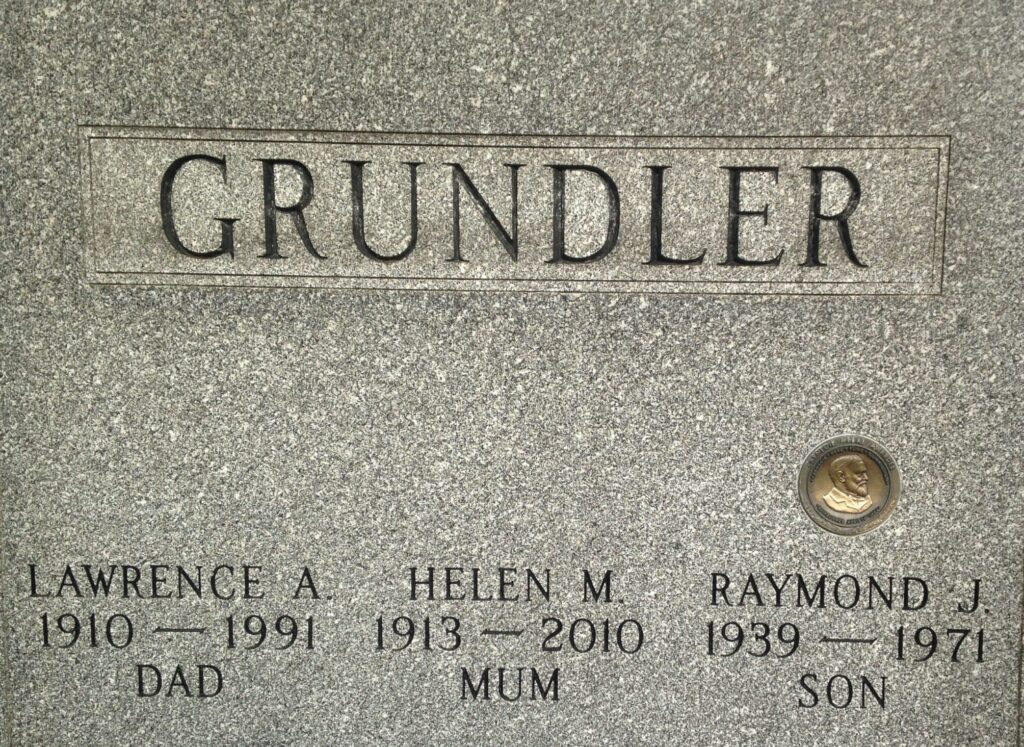 Family members worked together to add a Carnegie Medal grave marker to the headstone of Carnegie Hero Raymond J. Grundler, who died while trying to save two men from suffocating in a manhole that had filled with gas. Grundler’s nephew Jim Grosjean requested the grave marker from the Hero Fund and then worked with his cousin, Larry Grundler, to install it. Larry Grundler owns Grundler Monument Company in Reserve Township, Pennsylvania, so he was able to sandblast some of the granite on the headstone to recess the marker.

“It makes for a very attractive appearance, and a permanent installation that is difficult to vandalize,” Grosjean wrote to the Commission. 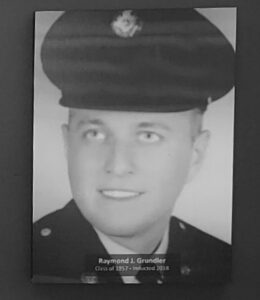 Raymond Grundler was posthumously awarded the Carnegie Medal in 1972 after he died Nov. 17, 1971, while attempting to save men who collapsed underground after gas escaping from a line filled the cramped quarters in a Pittsburgh, Pennsylvania, manhole. Grundler, 32, of Pittsburgh, was outside the manhole, but he entered to push one man up the ladder, so others outside could lift him out. Grundler then climbed up the ladder himself, but when others couldn’t render aid to save two other men who collapsed, Grunder entered the manhole again and was almost immediately overcome. Firefighters eventually removed Grundler and the two others, but none of them could be revived.

Grundler is buried with his mother, Helen M. Grundler, and his father, Lawrence A. Grundler at St. Mary Cemetery in Pittsburgh.