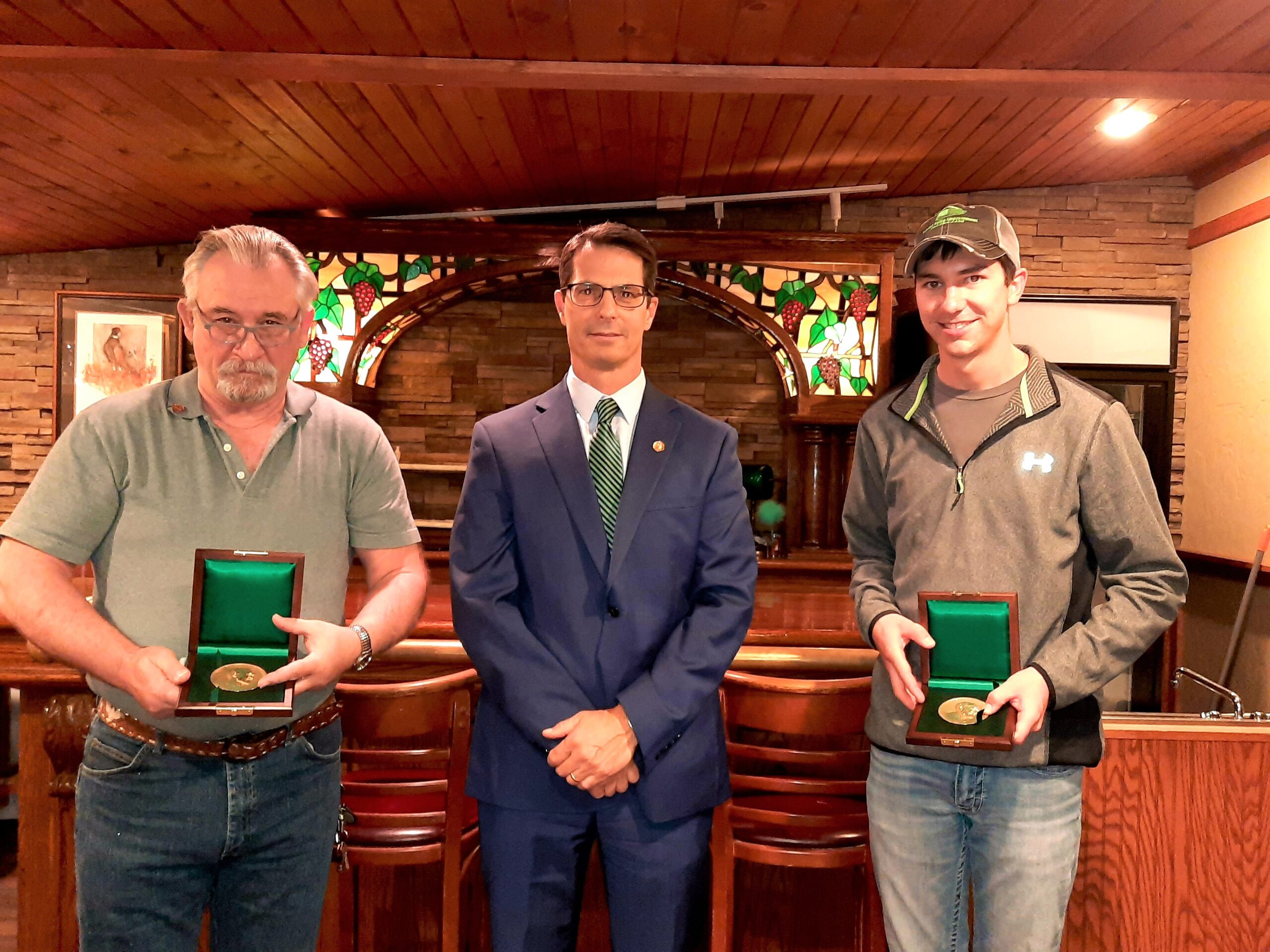 At an Oct. 28, 2020, lunch in Washington, Pennsylvania, Hero Fund President Eric Zahren presented Carnegie heroes Scott Ullom left, and Zachary A. McDowell, right, with the Carnegie Medal. Medics Ullom and McDowell were the first on the scene of an Aug. 3, 2018, Waynesburg, Pa., highway accident. They did not wait for protective equipment to attempt to rescue 24-year-old Eric J. Stroud, Jr., who was trapped in the driver’s seat of his burning SUV. Ullom, then 59, entered the vehicle through its rear hatch door, while then-22-year-old McDowell sprayed a fire extinguisher at flames burning near Stroud. From the cargo area, Ullom crawled to Stroud, who was tangled in his seat belt. Once Stroud was freed, Ullom dragged him to the back of the vehicle, where McDowell waited to assist. Together they pulled him from the SUV, which was shortly engulfed by fire.