William S. Caswell, 84, of Austin, Kentucky, died Sunday, Sept. 20, 2020, with his family at his side after a lengthy battle with cancer. 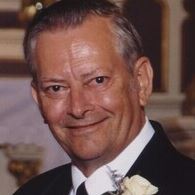 In 1968, Caswell was awarded the Carnegie Medal for saving four children from burning after the station wagon in which they were riding was struck by a freight train in Peace Dale, Rhode Island.

The car was knocked from the railroad crossing and overturned onto its side. Flames broke out at the rear.

Caswell, 32-year-old railroad engineer, jumped from the train and ran to the station wagon. Flames were burning on a tire directly under the fuel tank of the overturned vehicle and also on the opening of the rear door.

He reached through the doorway and removed a 5-year-old girl, carrying her away from the vehicle and beating out flames on her clothing. When Caswell returned to the station wagon, the woman was standing near it holding her youngest child.

Flames were spreading to the interior roof as Caswell stepped inside in a crouching position. He handed a 3-year-old girl and 2-year-old boy outside to their mother. Finally, he moved 8 feet into the station wagon to get a boy, 6.

Shortly after Caswell backed out of the car with the boy, it was engulfed by flames.

The children he saved later established the William S. Caswell Award as a sign of their eternal gratitude for his heroism. The $5,000 scholarship will be given to a Narragansett High School (Rhode Island) senior for an act of heroism or outstanding service to the community.

After graduating from Marple Newtown High School in Delaware County, Pennsylvania, in 1955, Caswell joined the U. S. Coast Guard. He held a variety of jobs including working for railroads throughout the eastern part of the country.

Caswell loved to travel and photograph railroad depots, locomotives, and cabooses. He often told people how fortunate he was to get paid for enjoying his hobby.

He retired from the Florida Central Railroad in 1999 and moved to Barren County, Kentucky.

He is survived by his wife, Rachelle, and their three sons; 14 grandchildren; and several great-grandchildren, nephews, and nieces.