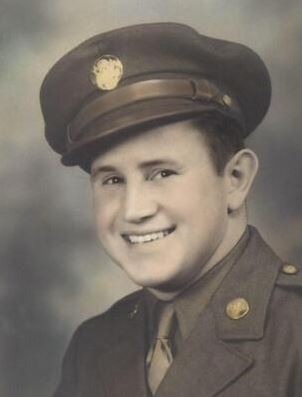 Clendenen was named a Carnegie hero in 1942 for saving a 20-year-old student from drowning in Tellico Plains, Tennessee, one year earlier. After the 20 year-old fell into the Bald River at a waterfall, Clendenen, then a 19-year-old Tennessee Wesleyan College student, jumped, fully clothed, from the river bank to a rock and then dived into the river after him. He swam 10 feet and grabbed hold of the submerged man.

The man threw his arms around Clendenen’s waist and maintained his hold. With difficulty, Clendenen surfaced and swam 15 feet to a rock, twice having been submerged by the man clinging to him. A youth pulled the two onto the rock where the man was revived. Clendenen was fatigued and badly winded.

Clendenen was born to Clifford and Grace Clendenen. In World War II, he served as a Staff Sergeant in the U.S. Army Air Corps. He was awarded the Air Medal with Three Oak Leaf Cluster and the Croix de Guerre avec Palme by the French government for his part in preparing and supporting the French Army. He also served as a Chaplain’s assistant during his time of service.

After returning from the war, he served as a student pastor and spent many years teaching Sunday school at several local United Methodist churches.

He and his wife loved Pat Summitt and the Lady Vols, never missing a televised game. His favorite activity was playing golf. Clendenen was an avid reader and storyteller, and loved to share stories. He wrote a book for his children, grandchildren, and greatgrandchildren entitled “The Way It Was,” an account of his experiences during the war. He became a published author with his novel “Abiding Love: One Woman’s Journey through Prohibition, the Depression, and World War II.”

Clendenen was preceded in death by his wife Edith Epps; daughter Jenny Lou; and two siblings.