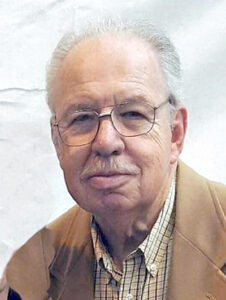 Edgell was awarded the Carnegie Medal in 1980 after carrying a 4-year-old boy from his burning home in East Liverpool. Edgell, who was a police patrolman, ascended the stairs, crawled through dense smoke, and entered a bedroom where flames had burned through one wall. Edgell found the boy and, following his mother to exit the home, carried him to safety outside. Injuries from the rescue ended his career in law enforcement, according to Edgell’s family.

Born in East Liverpool, August 22, 1946, he was a son of the late Paul E. and Betty Barrett Edgell. He graduated from East Liverpool High School in 1964 and continued his education at Kent State University East Liverpool Campus. He then earned a degree from Steubenville Franciscan University.

He also worked as a special investigator for Kapp and Amato law offices, a bailiff for the Southwest Court in Columbiana County, and the Deputy Director of the Board of Elections for the county. He also taught school at the Columbiana County Career and Technical Center, Southern Local School, and Kent State. In 2012, Edgell became the Village Administrator for Wellsville until his retirement. He also owned and operated Thomas Edgell and Associates Investigations and Security.

He was a member of Holy Trinity Parish and the Knights of Columbus. He married his wife LouAnne Edgell July 21, 1995. The couple had two daughters.