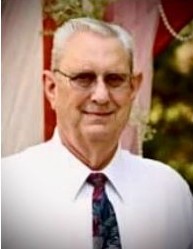 McKeown was awarded the Carnegie Medal in 1966 for attempting to save fellow Carnegie Hero William E. Callaway, 40, and others from drowning on July 20, 1965, in Holden, Missouri.

McKeown, and his father Forrest L. McKeown — also a Carnegie Medal recipient — arrived at a bridge 1,800 feet downstream from a capsized boat that had been carrying two men who had aided a woman and four boys from their submerged sedan in Blackwater Creek.

The McKeown father and son duo were heavily attired in rainwear and launched their 14-foot motorboat. Before they could gain full speed, the swift current swept the craft against a tree, causing it to capsize in water 12 feet deep. They were carried 60 feet back to the bridge and caught hold of its edge. Ronald climbed out, very fatigued.
Two men on the bridge reached through the railing and took hold of the elder McKeown but could not lift him from the water. As they started to draw him toward the end of the bridge by means of a chain, McKeown lost his hold. He was swept downstream into a submerged bush, where he drowned.

For an hour and a half, those 7 on the original capsized boat held to a small tree. A fireman arrived and began aiding the four children to safety. The woman was helped to the bridge. After Callaway handed a child to the firefighter he said he could hold on no longer and slumped into the water. Callaway and one of the boys drowned. Their bodies and the elder McKeown’s were recovered later.

On August 9, 1964, McKeown married Cheryl Kay Walker in Holden, Mo. The couple had four children. McKeown was employed as an auto estimator for State Farm Insurance in Overland Park, Kansas, until his retirement in 2005. He was also a devoted member of Our Lady of Lourdes Catholic Church, in Harrisonville, Mo. He was described as happiest surrounded by his large family. In his free time, McKeown enjoyed restoring cars, woodworking, and landscaping projects.

He was preceded in death by his brother Buck and a sister, Marilyn Wilson.