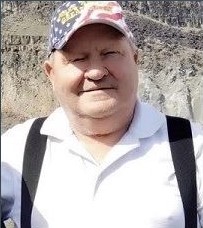 When Larsen was 57, he rescued 3-year-old Nicholas R. Nolte  from burning in his family’s one-story home on Jan. 17,  1997, in Elko. Neighbors, including Larsen, then a excavating contractor, responded to the fire and looked for Nicholas and two other children. Larsen climbed through a bedroom window and crawled around the smoke-filled room to search  for them, but smoke forced him to return to the window for fresh air. He then crawled toward the burning kitchen and found Nicholas unconscious on the floor of the hall. Returning to the window with Nicholas, Larsen handed him through the window to others before resuming the search for the other children who were rescued by others. Nicholas and the other children were hospitalized for treatment of burns. Larsen sustained smoke inhalation, for which he was treated at the hospital. In addition to recognition from the Hero Fund, Larsen also received the Citizen’s Life Saving award for his actions.

Larsen was born on Oct. 20, 1939, in Georgetown, Idaho to Lyman and Evelyn Larsen, and grew up in Burley, Idaho. He served in the U.S. Army for four years before being honorably discharged in 1964.

He and his wife Patricia were married on Dec. 3, 1965. In 1985 they settled in Elko. Larsen enjoyed golfing and flying as a pilot.

Ron was preceded in death by his wife Pat and six siblings.