Historian Carol Kehl knows there are exactly 15 Carnegie heroes who hailed from Smith County, Texas, at the time of their heroic acts. She also knows intimate details about their rescue acts, their family lives, how they spent their grant money, and where they are buried. She has met their descendants and photographed the Carnegie Medals that have been passed down for generations.

In what turned into a months-long research project, Kehl set out to tell the stories of these 15 men. These written accounts, which contain more than 50 footnotes documenting Kehl’s primary sources, were recently published in the 2020 edition of Chronicles of Smith County, Texas, a 100-page magazine the Smith County Historical Society publishes nearly every year since 1962.

“Chronicles has been published for decades,” said Kehl. “There is an amazing amount of Smith County history that has been saved and put in a form that has been readily accessible by historians, researchers, and family members.”

As to the origin of these “great, American stories,” called that by Chronicles editor Vicki Betts, Kehl came across some information in the historical society’s archives that mentioned a couple Carnegie heroes.

“It was such a little blurb of information,” she said. “Another member had gone online and printed out their summaries. There were a couple issues of Impulse, but that’s it.”

But that’s all it took for Kehl’s curiosity to ignite.

“I instantly wanted to find out more about these people, and particularly wanted to see if I could find their descendants,” she said.

Well cases overwhelmed the early Smith County heroes — William G. Wills, S. Rance Gregory, and Beecher Roberts took turns digging out a 17-year-old boy who was trapped in sand that had caved in a well in 1912; Luke Erwin, in 1925, held his breath and was lowered into a gas-filled well, where he tied a rope around a collapsed man, and they both were hoisted to safety; seven years later, Weldon M. Praytor was the only one who volunteered to enter a well to rescue a farmer who was suffocating at its bottom from sulphur dioxide fumes; Ralph H. Potter braced his legs and back on the sides of a well and shimmied to its bottom in 1936 where his 2-year-old niece lay; and, in 1953, Arthur Phaup lost consciousness at the bottom of a well after he tied a rope around a farmer who had passed out from carbon monoxide poisoning. They both were hoisted to safety, and Phaup was revived. 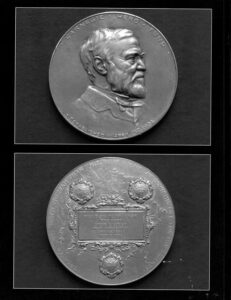 There were two separate incidents on the Tyler railroad tracks: Irvin P. Holmes grabbed a 9-year-old boy off the tracks as a train approached in 1921, and Pedro Fernandez Sanchez rescued an 87-year-old woman, who was hard of hearing, from being struck by a train, as she walked on the rails as a freight train approached from behind in 1937.
In addition, on Lake Tyler, Russell H. Bowdoin suffered second-degree burns while saving his friend from burning in a boat that had suddenly and violently caught fire in 1950.

Finally, the first Smith County resident who was awarded the Carnegie Medal was Jules Deauman, Jr., who died on Feb. 17, 1912 at the age of 14, trying to save his nephew from drowning at a pond near Troup, Texas, and the most recent Carnegie Medal awardee is Richard W. Stock, who rescued an 8-month-old baby from the backseat of a burning car in 1986.

“Teenagers can be heroes as well as people of middle age. Heroes can be railroad workers, college students, farmers, or military servicemen on leave. Crises can occur at abandoned wells, along railroad tracks, at fish ponds, or when a car is involved in an accident. Sometimes an ordinary citizen witnesses such an event and rushes to the scene to selflessly attempt to save a fellow citizen. Not all heroes are rewarded, but 15 Smith County, Texas, residents have been awarded medals for the valor on such occasions by the Carnegie Hero Fund Commission,” Kehl concluded in the article, which was a point that she said really stuck with her.

But it wasn’t just about the heroic act themselves. It was about who the heroes were before and after the act, as well as the futures of the people saved.

Betts said a story that particularly touched her was the story of Carnegie Hero Pedro Fernandez Sanchez.

“For a family that probably had escaped the Mexican Revolution and had come to the U.S. and were barely making it, this award was everything,” Betts said. “You got to see how the award helped establish them, and the newspaper tracked their progress.”

Kehl agreed — she said Sanchez and his wife Maria became American citizens and bought a house in Tyler with the award money.

“The family was so proud of Pedro and to be recognized as outstanding members of the community,” Kehl said.

Although Kehl requested records from the Hero Fund for the story, she also did extensive research elsewhere. She looked up newspaper articles dating as far back as 1912, she researched the burial locations of the heroes online, traced U.S. Census records, obtained death records from the Texas Department of State Health Services and U.S.

Department of Veterans Affairs, and pulled birth and marriage indexes from Ancestry.com.

“I’m 76 years old,” Kehl said. “And I’m in good health and active for my age, and doing things like this is a challenge for me. It’s good for your mind, and I have always really enjoyed doing research.”

Kehl said she’s been interested in “saving history” for decades, and immediately began work with the Smith County Historical Society when she and her husband moved to Tyler in 2007.

Kehl said some of the best moments of her research was interacting with family members of the heroes. Praytor’s family was nearby and met with Kehl at the Smith County Historical Society.

They brought Kehl photographs and brought in the Medal that Praytor’s grandson “has been safeguarding,” Kehl said. “I got some wonderful stories from them, they were so proud to share their ancestor’s story, and I really loved that.”

Betts said the article excited the society and was a great addition to this year’s magazine.

“I actually knew one of the winners,” she said proudly, “But I didn’t know that he had gotten the award until after the article had come out. It was such a nice surprise.”

Kehl said she has her eyes out for more hero stories now.

“What I don’t know is who it was that got interested in [nominating] these heroes [for the Carnegie Medal] or even if it was the same person over and over again,” she said. “But I have been paying attention to the news to make sure I don’t miss an opportunity to nominate someone. These acts of heroism have to be happening all around us.”

To obtain a copy of Chronicles, visit the society’s online store at smithcountyhistoricalsociety.com.