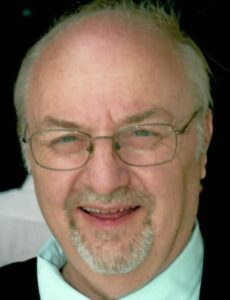 Dicken received the Carnegie Medal for saving a 64-year-old woman whose car was stuck on a railroad track as a freight train approached in 1975. Paralyzed by fear, the woman remained in her seat as the train continued toward her.

Dicken, who was 32 at the time, ran onto the railroad track and reached the vehicle when the train was about 300 feet away. He quickly opened the door, grasped the woman, and pulled her from the car. She fell and Dicken dragged her to safety before the train struck the sedan.

On February 15, 1964, he married Sandra Hudson. Together they had five children: Michael, Rachel, David, Laura, and Elizabeth.

Dicken received his Doctorate of Ministry from Arizona Christian University. In 1970 he was ordained in Spiceland, Indiana. He served as a minister in the Baptist Church for more than 58 years before retiring.

Dicken’s wife Sandra and their five children survive him, along with 29 grandchildren; 10 great-grandchildren; his brother, Steve; and other extended family members.