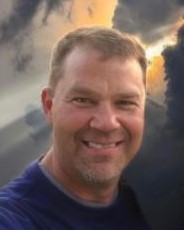 Jordan and her young daughter had been abducted from their home in another state by a 19-year-old man. At one point the mother and daughter escaped but the assailant caught up to them and repeatedly struck Jordan. A witness secured Jordan’s daughter and notified Seitz, then a 30-year-old teacher, and another man, who were approaching the scene. Seitz and the other man stopped their car at the scene and approached the assailant on foot, while Jordan broke free, ran to their car and entered. Producing a knife, the assailant chased after her and stabbed her in the thigh. Seitz and the other man ran to the vehicle and struggled against the assailant, but the assailant was relentless in his attack on Jordan. Seitz pulled Jordan out of the vehicle through the driver’s door and took her to a car that had stopped at the scene. As the driver of that car took Jordan to safety, the other man attempted to flee, but the assailant gave chase and stabbed him twice in the shoulder. The assailant fled but was later apprehended by police. Seitz required hospital treatment, then surgery, for an injury to his arm sustained during the assault, and Jordan and the other man required hospital treatment for their stab wounds.

Seitz was born on April 12, 1969, in Newfane, New York, to Dennis and Janice Miriam Seitz. In 1987, he graduated from Williamsville North High School where he earned All Western New York acclaim in baseball and basketball. In February 2020, Seitz and his father, a coach at Williamsville North, were inducted into the school’s Hall of Fame.

He earned a bachelor’s degree from Daeman College in Buffalo, New York, in 1993 and a master’s degree from the College of Brockport, State University of New York, in 2001. After graduation, Seitz remained in New York where he was a teacher and administrator for more than a decade.

Seitz moved to North Carolina and taught for 14 years, the last 12 at Lincoln Charter School where he was the school’s first coach to be a part of two state championships in basketball and golf. He was beloved by his students whom he referred to as his “adopted kids.”

Seitz is survived by his father; wife Elizabeth Seitz; and young children Carter and Peyton Seitz; and three siblings.