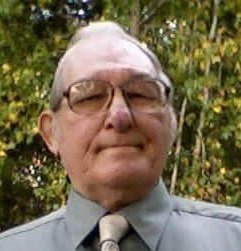 Born in Zevenaar, Netherlands, Feb. 10, 1932, to Frank and Dina Jansen, Jansen immigrated to Canada in 1953, and eventually settled in Guelph, where he worked for Owens Corning/Fiberglass for more than 25 years. He embraced his faith and was devoted to God. Jansen loved farming and raised Black Angus cattle. He was proud of his success winning Grand Champion Female at the National Western Stock Show in Denver.

In 1998, Jansen helped rescue an airplane pilot that crashlanded in Guelph and caught fire. A 66-year-old retired farmer, Jansen ran to the plane, under the wing which contained the fuel tanks, and forcefully pulled Nancy J. Kozlovic from the pilot’s seat. Jansen and co-rescuer James R. Munro, 54, patted out the flames on Kozlovic and guided her to safety.

He was preceded in death by wife Isobel Jansen; brothers Louis Jansen and Frank Jansen; and sister-in-law Denise Jansen.