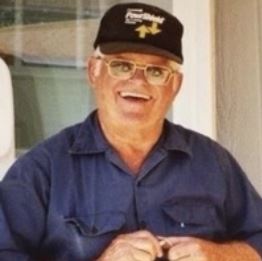 In 1960, Urbain was named a Carnegie hero for helping to rescue a man from collapsing dirt in a ditch excavation in Epworth.

A series of cave-ins and rescue attempts on May 16, 1958, left two men trapped by fallen dirt at the bottom of an unsecured ditch, 17 feet deep. A volunteer rescue squad, including Urbain, 33, carpenter, entered the ditch to aid two others in digging out the trapped men. Urbain and two other men dug dirt away from one man, who was completely covered and inert, while another attached a resuscitator to him.

Another cave-in occurred, thwarting the rescuer’s efforts, and they began again with other men arriving to shore up the ditch walls with planks of wood. Both trapped men were eventually freed, with the one whom Urbain dug out pronounced dead of suffocation and internal injuries.

Urbain was born April 24, 1925, on a farm near Placid, Iowa, and was the youngest of six children to James L. and Mamie (Lawler) Urbain. In 1951 he married Eleanor “Julie” Horsfield. Together they raised three children, Grace Smith; Brenda Alexander; and David Urbain, who preceded Urbain in death, along with Urbain’s wife and siblings.

Urbain was drafted into the Army during World War II. He was a member of the Epworth American Legion John White Post No. 650. He was a devout Catholic saying many daily rosaries and was a member of St. Patrick’s Parish in Epworth. At the time of his death he was the oldest living resident of Epworth.

He also volunteered for the Epworth Fire Department from 1952 to 1980, retiring at the rank of captain. Retired Epworth firefighter Dorrance McDermott, who spent years serving alongside Urbain, described him to the (Dubuque, Iowa) Telegraph Herald as a role model for others.

“He was a leader,” he said for an Aug. 12, 2020, story. “The younger guys looked up to him. He was just an all-around good guy.” Epworth Fire Chief Tom Berger told the Telegraph Herald that Urbain also contributed to the construction of the former Epworth fire station in 1973.

Urbain’s involvement in the Epworth community extended to his service on the city council for 19 years and building many homes and businesses in the area. He spent the last 17 years of his career working at the Divine Word Seminary in Epworth.

Along with his daughters, Urbain is survived by six grandchildren, Bill, Stefanie, Bob, Kelsey, Jordan, and Mitchell; and six great grandchildren.

Urbain was an avid fan of the Chicago Cubs. He enjoyed playing euchre, fishing, and anything outdoors. He often said, “The best time to go fishing is when you can.”