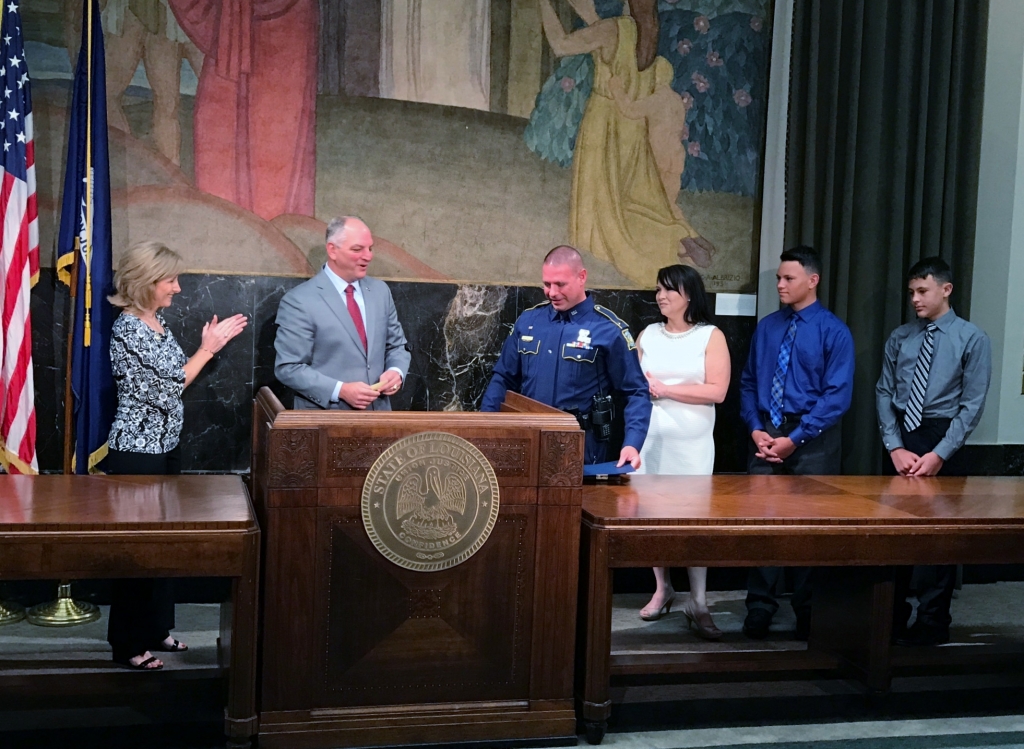 From left, Louisiana First Lady Donna Edwards applauds, as Louisiana Governor John Bel Edwards presents the Carnegie Medal to Steven Michael Paulus, while Paulus’ wife Melanie and sons Hunter and Brennan look on. Edwards presented the medal on behalf of the Hero Fund to Paulus, a state trooper, in a June 5 presentation held in the governor’s Baton Rouge office.

“Trooper Paulus is a hero, and his courage is an inspiring display of the good works carried out by our law enforcement officers who bravely protect and serve the people of our state,” said Edwards.

In February 2016, Paulus responded to the scene of a burning pickup truck that, after being involved in an accident, came to rest with its passenger door against the railing of a bridge.  With 3-foot flames issuing from the wreckage behind the cab, Paulus worked to force the driver door open, aided the driver from the vehicle, and then extended his body inside the truck to drag the passenger from the truck as well.

“I am honored and humbled to be held to such a high standard as all of the previous and future recipients, especially those who were awarded the medal posthumously,” Paulus said.