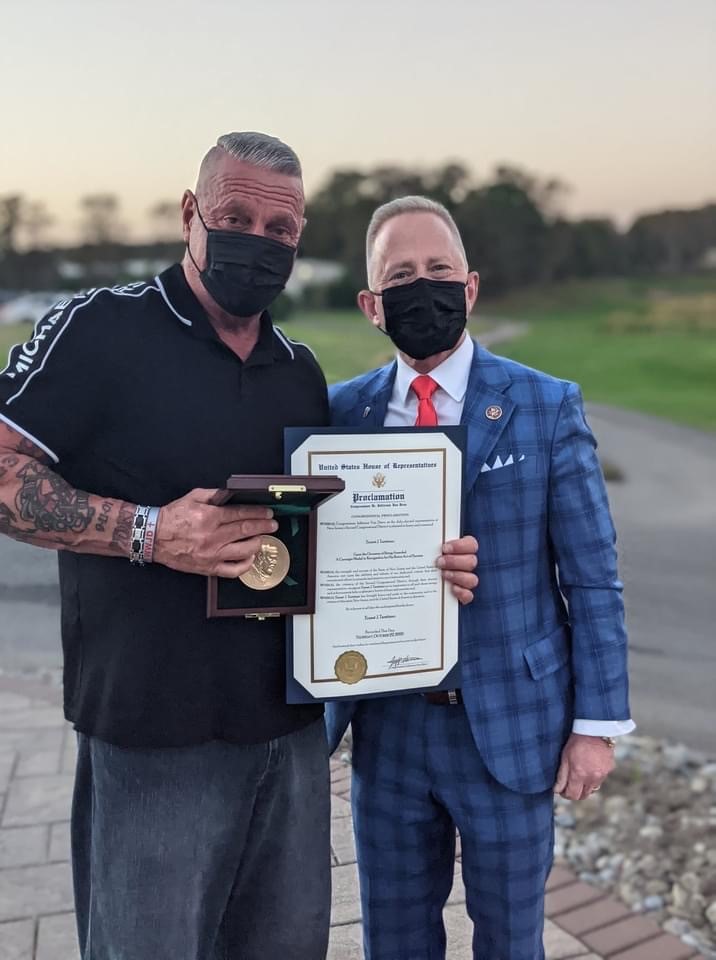 U.S. Rep. Jeff Van Drew, right, recognized Ernest J. Tarsitano, of Galloway, New Jersey, for his heroism in helping save a man from a burning cabin in 2018.

A retired firefighter, Tarsitano, then 60, was driving in Galloway on July 26, 2018, when he saw smoke issuing from a one-room residence within a two-unit cabin.

Tarsitano stopped and learned that a 72-year-old man was still inside.

After the door was opened, Tarsitano, despite dark smoke, entered and searched for the man, locating him limp, on the floor, in proximity to flames on a nearby wall.

Tarsitano grasped his body, stood, and backed toward the door, dragging him.

Near the doorway, others assisted Tarsitano in removing the man, who suffered burns and inhaled smoke.

Paramedics at the scene treated Tarsitano, who had difficulty breathing and had cuts on his knees.