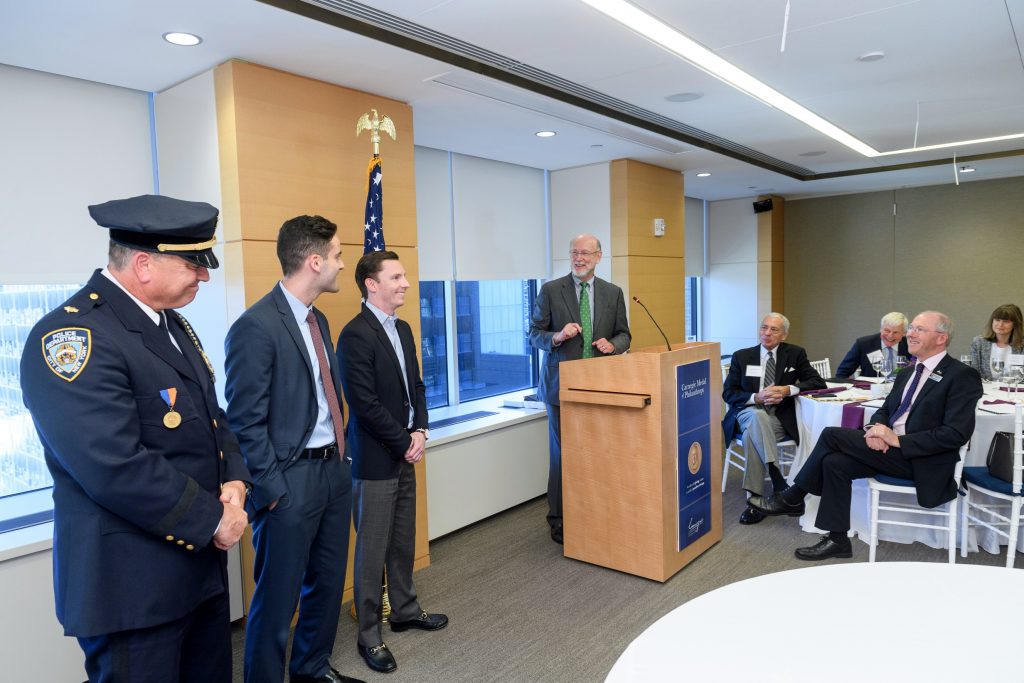 Hero Fund Commission Chair Mark Laskow, right, presented the award to, from left, Gary J. Messina, David Blauzvern, and John J. Green III, who, together, saved a man from drowning in the East River on June 1, 2016.

All three men jumped from the top of a sea wall into the river to help keep afloat a man who had jumped into the river. They took turns holding his head above water, as they were swept downstream with no way to exit the river due to the sea wall. Eventually a police rescue boat arrived and all four men were assisted from the water.