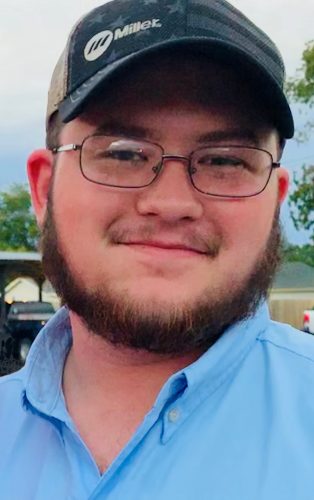 After a May 26, 2018, highway accident in Belton, Texas, 20-year-old delivery driver Allen Sirois, of Salado, Texas, responded to the scene: a concrete mixer truck had overturned onto its driver’s side, flames were burning in the engine area, and its driver, Melvin K. Belcher, 60, was trapped inside. Sirois used a fire extinguisher in an attempt to douse the flames, but it did little to extinguish the blaze. He kicked a small hole in the windshield, but he could not gain access to the cab from there. Sirois climbed the truck and, standing on a platform between the cab and the mixer, he opened the passenger door. He saw Belcher inside the smoke-filled cab, which flames had breached near the driver’s door and windshield. Sirois reached through the open door and, with difficulty, pulled Belcher partially out of the cab. Another man moved onto the truck and pulled Belcher fully free from the cab. Others took Belcher to the ground and carried him to safety. Belcher and Sirois sustained minor burns, and they recovered. 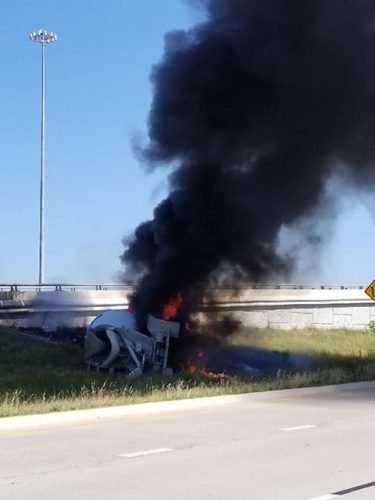 The burning, overturned, concrete mixer truck after a rescue in which Carnegie Hero Allen Sirois climbed atop the truck, opened the passenger door, and reached inside to pull its driver partially out of the cab. An unidentified man also climbed the truck and removed the driver fully from the cab. Courtesy of Belton Police Department.