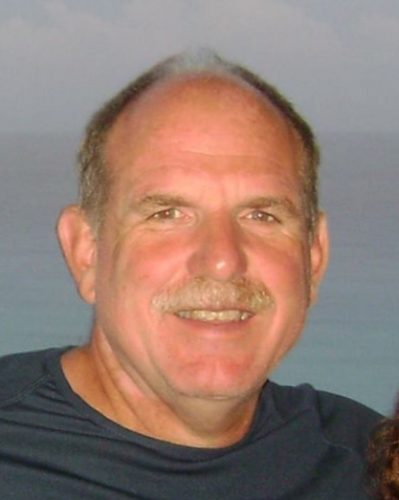 Dover-Foxcroft Police Officer Todd D. Lyford, 54, saved a 65-year-old woman from burning after a July 30, 2018, accident caused her vehicle to leave a Dover-Foxcroft roadway, travel down a steep, wooded embankment, and come to rest tilted against a tree trunk. The vehicle’s front end, which was several feet off the ground, broke out in flames.

Lyford responded to the scene and arrived before firefighters. After emptying a fire extinguisher on the flames, Lyford then opened the front, passenger door with difficulty. Despite the base of the door being 3 feet off the ground, Lyford extended his upper body and arms inside the flaming vehicle and grasped the woman’s upper body, pulling her to the ground and then a short distance from the vehicle.

He and others then dragged her up the embankment. Although she was not burned, she died nine days later from injuries sustained in the wreck. After the rescue, Lyford was nearly exhausted and had inhaled extinguisher chemicals. He recovered after emergency room treatment that day. 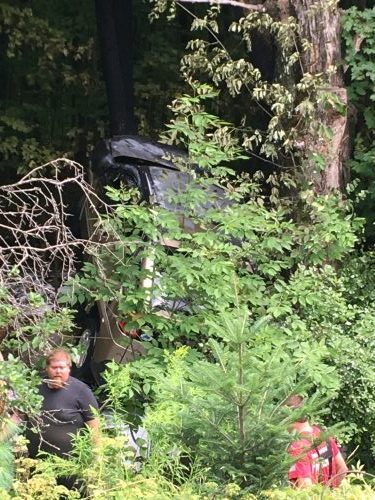 The burned-out car from which police Officer Todd D. Lyford pulled the driver. In July 2018 the car left a Dover-Foxcroft, Maine, roadway, traveled down a wooded embankment, and came to rest tilted against a tree trunk at a steep angle. Courtesy of Dover-Foxcroft Police Chief Ryan Reardon.