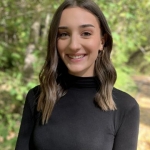 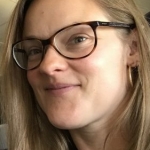 Rebecka Blackburn and Sommer Marie King, both of Leduc, Alta., on June 20, 2018, rescued a man who was struggling to stay afloat in the middle of the North Saskatchewan River near Devon, Alta. The man waved his arms while flailing in the cold water, while the swift current carried him downstream. Blackburn, an 18-year-old college student, and King, a 33-year-old educational assistant, entered the river and swam toward him. Blackburn had nearly reached him, when the man submerged. She then submerged, grasped him, and brought him to the surface. As she towed him toward the bank, she became nearly exhausted and called to King for assistance. From nearby, King joined them, and with both women grasping the man, they towed him to water near the riverbank where they waded to safety.