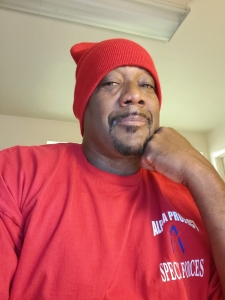 A 56-year-old mechanic ran across a parking lot after witnessing two men assaulting his neighbors on Sept. 22, 2019. Roxana Valdovinos and her wife were sitting in their vehicle at their Vista, Calif., condo complex when the men pulled up in a truck and approached their vehicle. One of the men opened the driver’s door, pointed a knife at driver Valdovinos, 36, and demanded she exit the car. Her wife exited and screamed for help as the mechanic, Kenneth Alfred, responded. Valdovinos fended the assailant off with her feet until Alfred reached them, grasped the assailant’s neck, and shoved him to the ground. The assailant stabbed Alfred in the abdomen, and then the second man pulled Alfred’s shirt over his head, before they both fled in the truck. Alfred needed surgery for his wound and remained hospitalized for two days. He recovered in one month.