Vickie Tillman helped to rescue Billy A. Aime from assault, Baton Rouge, Louisiana, February 19, 2017. Aime, 44, police corporal, was arresting a man beside his police car in a vacant parking lot when the man, who was partially restrained by one handcuff and leg shackles, spun behind Aime and bear-hugged him. During an intense struggle, Aime placed the assailant in a headlock. The assailant removed Aime’s baton, flashlight, and radio from his belt, and grabbed at his holstered handgun. The assailant repeatedly struck Aime in the head and bit his hand. A passing motorist, Tillman, 56, school cafeteria clerk, saw Aime, against the car, struggling with the assailant. She stopped at the scene, called 911, and exited her car. Approaching, she saw blood on Aime’s head as Aime attempted to maintain control of his holstered gun. Concluding that Aime required immediate assistance, Tillman grasped the assailant’s hand, pulling it away from Aime’s gun. Tillman then held the assailant’s hand behind him, and as the struggle continued, made further efforts to impede the attack. Arriving police officers eventually subdued the assailant and halted the attack. Aime, who suffered a concussion, was off work for one month; he recovered. Tillman was treated at a hospital for hand and wrist pain from which she also recovered. 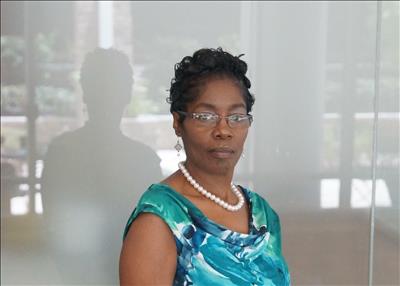